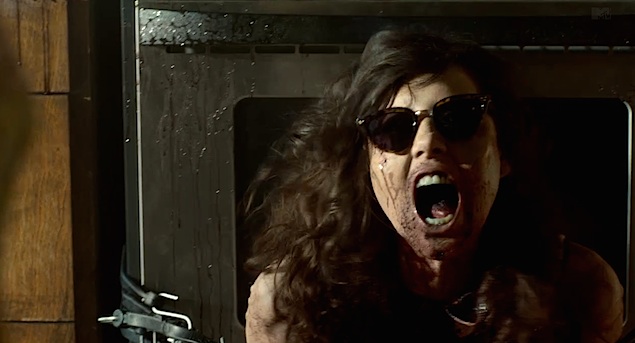 Zachary Orfman (Dane DeeHan) is a rich middle-class boy, who lives in the wealthy district of Brian Grove. He lost his beloved girlfriend Bethany (Aubrey Plaza) due to a snakebite. The Slocums, Beth’s parents Maury (John C. Reilly) and Geenie (Molly Shannon), try to develop a filial relationship with Zac in order to keep Beth’s memory alive. They grieve, they chatter about the puddings that she liked to eat in her childhood and play chess until three in the morning.

However, Beth will soon literally get in touch with them, as nothing ever happened or as it was all just a trick. It seems like somebody in heaven decided that it was not her moment to push up the daisies. She is then ready to restart her life without having memory of what happened. With the help of her parents, Zach and Beth can live again their love story where they interrupted it; he seems to love his girlfriend if possible more than before. Then many strange things start happening in the neighborhoods, arousing Zach’s worries. At first, he was skeptic and joked around the fact of having a zombie girlfriend, but he will soon realize that it is the truth. It is only a matter of time before many departed ones decide to revive in order to hug again their beloved relatives… and possibly give them a bite.

Forget Joe Dante. Leave John Landis. Forget the first Ruben Fleischer as well. Jeff Baena, a brilliant first timer, sets George Romero’s revenants free in the streets of a smiling Suburbia, where Jewish Cabala clashes with Haitian voodoo, and the Yankees more Yankees than ever always keeps up with his stereotype: holding a Bible in one hand and a Desert Eagle in the other, feeding himself of B-movies and paranoia.

Dead people no longer rest in peace, as they have awakened in a bad mood, claiming rights that died out together with them. Love wins over death, but not over hunger, (there are many two-ways in the background playing on physical and sexual hunger). This politically incorrect comedy also denounces the absurdity of the US wealthy middle class, spiced up with a marvelous soundtrack provided by Black Rebel Motorcycle Club.

“I’m a zombie. How the fuck am I supposed to behave?” yells the amazing Aubrey Plaza to her boyfriend Dane DeHaan (another big revelation of the underrated fanta-mockumentary Chronicle by Josh Trank [2012]) while eating avidly his Saab’s seats. Exactly. How? Human nature, alive or not, is the central theme of this beautiful, yet wacky fairy tale, which mixes horror and drama. It is disturbing, but funny at the same time, it also cleverly speaks about human feelings, and relationships, making the audience reflect upon an issue: do we really wish our relatives departed for a better place, to return?