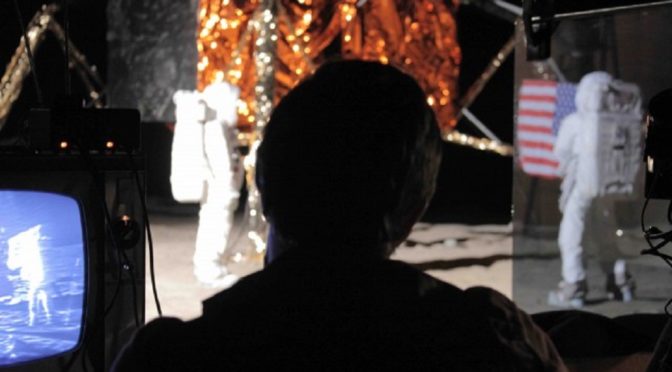 Operation Avalanche begins as a found footage comedic mockumentary, turning quickly into a very engaging thriller. This combination of genres results in an intriguing film, providing many plot twists. 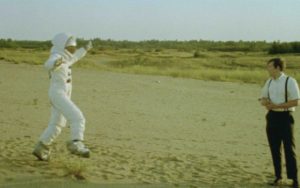 Matt Johnson, director and protagonist of the movie, shows competence in more than one genre, despite this being only his second feature film. The well-known conspiracy theory about the moon landing being staged, manifests itself within a carefully constructed plot. Two young CIA agents working undercover at NASA, find out about delays in the Apollo project.

Ambition is the narrative engine that pushes the protagonist beyond his limits and makes him break the rules in the pursuit of power.

Photography, costumes and the minimal soundtrack project the audience back to the ‘60’s. Quotes from Kubrick’s “2001: A Space Odyssey” and Méliès’ “Voyage dans la Lune” complement a movie that, overall, succeeds in amusing and, at the same time, keeping the audience with bated breath.

At the end of the movie, one cannot help but wonder: is the lunar landing of 1969 a hoax?