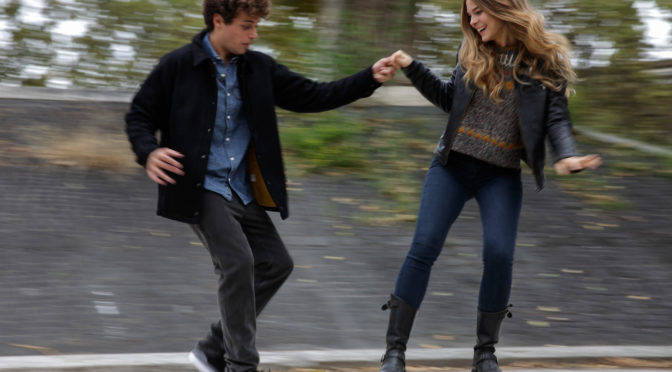 The term slam can have different meanings: it can refer to the abrupt onomatopoeic sound of a door being shut, or of a slap on the face; but it is also a specific slang term used by skaters. For this reason, it is also very similar to the protagonist’s nickname in the latest film by Andrea Molaioli (La ragazza del lago, Il gioiellino), a very accurate cinematographic adaptation of Nick Hornby’s novel Slam.

Samuele, called “Sam” (Ludovico Tersigni), is 16 years old and loves skateboarding. After school, he hangs out with friends, practicing various tricks inspired by his idol and mentor Tony Hawk, the greatest skateboarder of all time, who teaches him to get back up after every fall to try again and succeed. He leads a plain life until, during a boring party, he meets Alice (Barbara Ramella). The two spend time together, fall in love with each other and have their first sexual experiences; but then Sam decides to break up with her because he feels constrained by their relationship and wants to get back on the skateboard. At this point, the unexpected happens: mom and dad, you are going to be grandparents! Exactly what Sam always said he didn’t want: to have a child at 16, just like his parents did (Antonella, the mother, a convincing Jasmine Trinca and Valerio, the father, played by Luca Marinelli, who once again proves himself to be excellent despite the marginality of the role).

After many arguments and talking-to with the parents (who are only apparently more expert and prepared of their children in taking on this kind of situations), Sam and Alice decide to keep the baby and named him Rufus, then nicknamed Ufo (a very suitable name, in fact his arrival represents something strange and unexpected in the two teenagers’ life, as well as in their parent’s, whom become grandparents before they had imagined). Sam’s daydreams about the future are surprising and amusing, but at the end we can see that reality is less complicated as it seemed and that being parents isn’t an impossible challenge, if we consider that in life, like in skateboarding, we fall and then get back up again to try another jump to adult life.

Even if Slam – Tutto per una ragazza, presented at the 34th Torino Film Festival, seems to follow on from Piuma by Roan Johnson (seen at the Mostra di Venezia last September), it actually is the adaptation of a novel and we could be questioning why the director decided to tell this story in particular, which topic has already been seen over and over again and it has been snubbed by critics and also by public. This time, however, considering that the movie isn’t the first and won’t be the last with this topic, can we just try to consider Slam as it is? A light movie, that communicates in the proper way and, even if it leaves something unresolved, manages to get a smile on our faces.