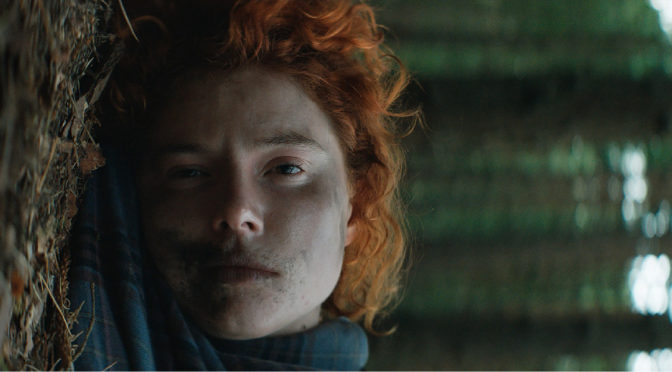 In the Island of Jersey, Great Britain, young Moll is torn between two ways of living: the one where she is trapped by her family societal norms, and the carefree, ruleless one of her lover Pascal. This situation is framed by a series of murders that have been following one another throughout the years and that will invade the already troubled life of the protagonist.

A mysterious and wild landscape becomes the background of this movie, a movie that tries to be more than one thing at once: a thriller, a love story, a family drama, an “adult fairytale” – as stated by director Michael Pearce during the press conference; a movie that wants to describe characters who are extremely complex, multifaceted and devious. The director’s debut movie seems to be really ambitious, but the combination of genres gradually smothers the narrative progression, and makes the final part a juxtaposition of scenes lacking any continuity.

Even the characters suffer from the overload of elements, and come out of it flat. Only exception is Moll’s character, created by Pearce as some sort of “Dark Cinderella”, and skillfully played by Jessie Buckley. At the beginning, Moll follows a typical fairytale path, going from a state of oppression to one of liberation. The character possesses an aura of enticing ambiguity that keeps her in precarious balance between a life of being the “family pet”, forced to repress its instincts, and a hidden, darker life, involving the woods and the character of Pascal, who is a “ part of a pack, like a wolf or a lion, who lives on his own and can let his impulses guide him”. At first, his character seems to be transparent, but he slowly starts to show his dark sides and repressed instincts. However, the excellent performance of the actors is not enough to redeem the movie, that closes with an unexpected scene that unfortunately lacks edge, trying to obtain one last shock in the audience but ending up being rather unoriginal.

Overall, “Beast” could have been an excellent debut movie, but it risks losing its focus due to the excess of elements (the plot, the multitude of genres, the complex psychology of the characters) included by the director during the writing process. The movie can however count on the terrific cast and the suggestive scenery.