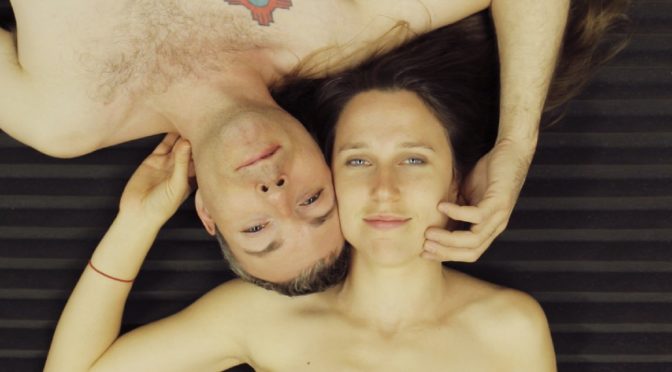 Zefrey Throwell and Josephine Decker are two artists from New York who decided to bare themselves in front of the camera. That’s how Flames was born, a documentary that narrates five years of their love story, from their first charming dates till after the end of their relationship, showing us their decision to keep seeing each other despite their breakup, in order to finish the project that engaged them for so long. An experience so profound that it lives on even now, after the film has been wrapped up. As affirmed by Throwell himself during the press conference, he still talks about the film with Decker because “When you share an experience so intense and profound with another person, part of that person stays in you, and part of you stays in that person”.

There is an important knot to untie concerning the nature of the film and its actors: is it a documentary or a work of fiction? Are the main characters genuinely in love or just expert performers, well aware of being in a fictitious world? Flames acknowledges this ambiguity and does not try to hide it; on the contrary, its strength lies in playing with it, leading the viewers to ask themselves if knowing the truth is really that essential. 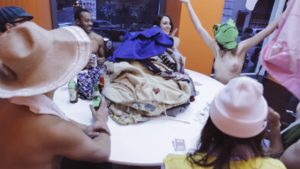 The first part of the film (and of the love story) presents all the traits of a fictional work: Zefrey and Josephine have sex, they tease and joke with each other like any ordinary couple, but we never have the impression of watching an authentic relationship. We are more aware than they are of the presence of the camera: the editing and the images are so well thought and conceived that they make us question how fortuitous the characters’ choices truly are, and if what they’re feeling is completely real or at least partially amplified by the whole situation.

Only when the love story comes to an end in the second part of the documentary (or should we say film?) everything starts to become more sincere and genuine. The actors stop performing in front of the camera and begin interacting with it. And they’re the ones to ask the burning question: was their love story authentic or just fiction? Exploiting the diegetic device that forces them to edit what they filmed, the two of them remember their story, questioning the reasons that led to their breakup and what they feel and felt for each another. Meanwhile, mere voyeurs in front of the screen, we begin to understand that the doubts we had while we were watching them are the same they experienced during their separation, finally letting us empathize with the whole situation instead of simply feeling indifferent.

In the end, we don’t need to know if what we saw is the result of genuine feelings or just an artistic performance conceived by Throwell: the moment we enter the theater we accept to believe the reality presented to us on the screen. The film manages to explore relationship dynamics, disrupting the perception we have of the couple, inciting reflections, making us ask ourselves essential questions about the nature of love and what we think is true. I believe that, in line with their other performances, this was exactly the artists’ intent: to inspire a cognitive response in the viewer, not a mere voyeur anymore, but directly involved in the couple’s game.