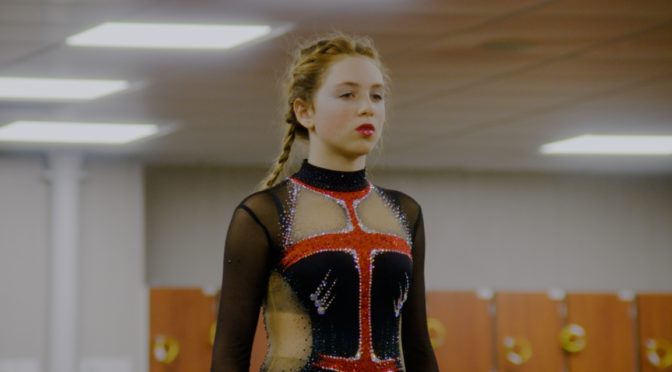 Kiss and Cry, the second work of Chloé Mahieu and Lila Pinell balances reality and fiction. It is a fiction film, the evolution of one of their previous projects: the documentary Boucle piqué, a 2012 medium- length film about a group of  ice skaters and their coach, during a summer stage.

In the press conference, Mahieu stated that their interest in figure skating is driven by two contrasting aspects: on one hand the aesthetic; glittering dresses and the magical atmosphere of the ice, on the other hand  the hardness and the rivalry hidden behind that surface. This suggests us the upcoming movie I, Tonya by Craig Gillespie. It tells the story of the ice skater Nancy Kerrigan, assaulted at the behest of her rival Tonya Harding. It was a striking case about extreme competition.

The two directors wanted to talk about this world, therefore they got in touch with Sarah Bramms, one of the protagonists of the documentary. She was asked to talk about her life adding some fictional elements. Her performance represents the correspondence between actress and character. It is also worth  mentioning the cruel coach Xavier Dias. He  plays himself highlighting the verbal  aggressiveness. He is the only ironic element of the film.

The movie portrays the daily life of Sarah and her companions. They are teenagers who have to handle the hard training- characterized by the insults of their severe coach- and the discovery of the adult world, represented by the entertainment which they are not allowed to know. 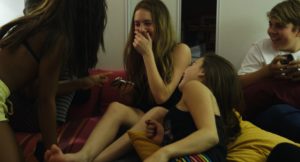 Concerning the topics of the film, there is nothing new: smoking, drinking, the group dynamics, sexuality, the focus on the technological degeneration such as the practice of sexting, the sexual chats which consists of exchanging nude photos. For the protagonists, they represent acts of rebellion. This film doesn’t want to judge their behaviour, but it wants to empathize with them, exhausted because of the training and obsessed with the perfect performance.

The style of the movie is the proof of its hybrid nature. It alternates documentary scenes, in which the camera insists on the observation of reality, and scenes useful for the narrative developments, which reveal the director’s presence. The plot can’t be considered particularly original and interesting. Its peculiarity is the documentary element: an extremely credible portray of the hard world of skating and the adolescence. It is due to the realistic dialogues, which were often  improvised by the young actresses. The close relationship between the directors and the young actresses has guaranteed the naturalness of these scenes. They made a human work rather than an artistic one.