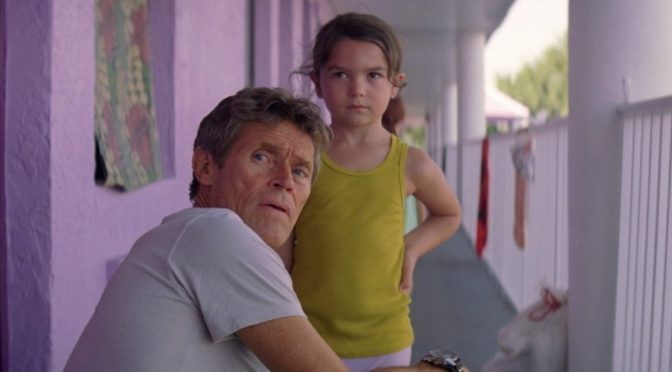 The story takes place in Orlando. Moonee (played by the great Brooklynn Kimberly Prince) is a six year old girl, who lives with her young mother (Bria Vinaita) at the Magic Castle Hotel, a motel nearby the famous Walt Disney World Resort. This kind of accommodation is the only solution for all those families that can’t afford a real house.

Despite the daily difficulties, the atmosphere isn’t oppressive. Moonee and her friends fill their days with explorations of theme parks and games, while her mother  has to come up with something every day, to pay the rent. Bobby (William Defoe) is the only supervisor for children, for the hotel and for families. In the press conference, the director stated:“Bobby represents a mix of all the motel owners we met with Defoe.” This character, indeed, is really what we expected to see. His interpretation risked to be too much melodramatic, but it was perfect. 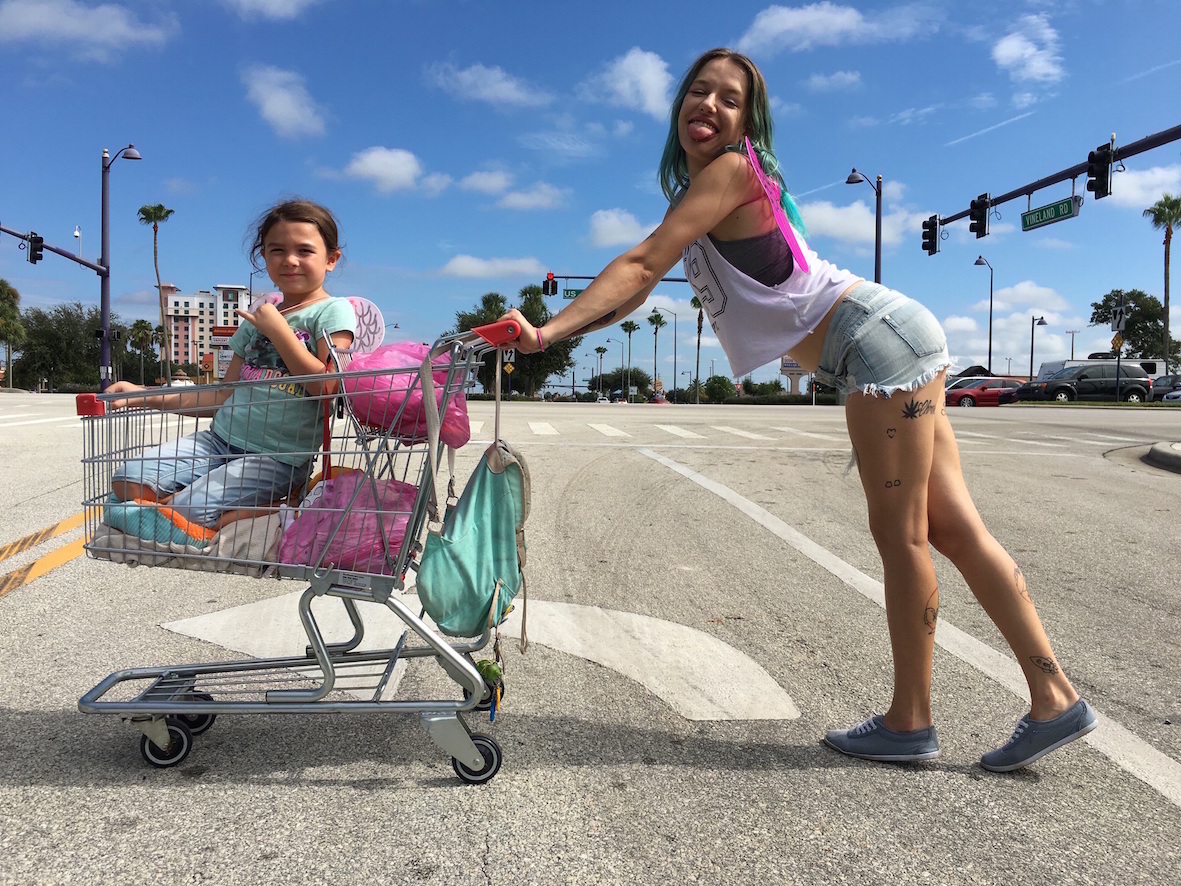 The purpose of the film is clear: it wants to entertain the audience with humor and with an explicit reference to The Little Rascals of 1994. The Brooklynn Kimberly Prince’s performance is useful to this end, highlighting current problems such as poverty, custody of children and the issue of the public housing. “ We liked Brooklynn since her first audition. Her interpretation is great and touching. In my opinion, she is the best actress I’ve ever worked with, of all ages. She has had previous experiences: advertisements and an independent work. For this reason, she was considered the professional by the other children.”

The Florida project works thanks to the portrait of these families on the verge of poverty, surrounded by fairy-tale sceneries of pastel colours (the paradise of children), immortalized on the big screen thanks to a well-finished photography and direction. They are able to communicate the magic and candid world of children.