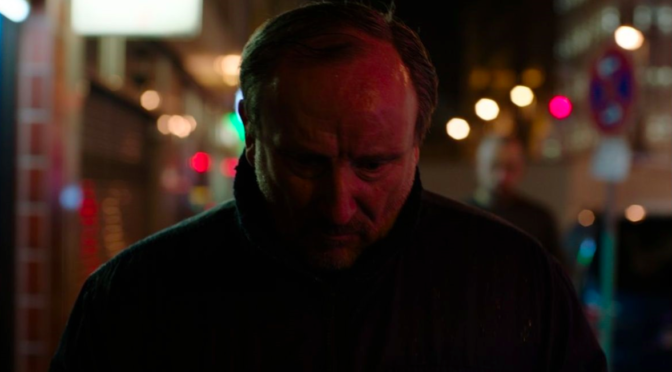 Family, interpersonal relationships, forgiveness and violence are just a few of the topics that we can find in David Nawrath’s first feature film. The German director, with the producer Britta Knoller, has presented his film at the TFF36 contest. Walter (Rainer Bock) is the protagonist’s name whom, employed by an entrepreneur colluded with mob, clearing evicted residents’ houses for a living; stoically resisting to trouble and being indifferent to the youngest colleagues’ brutality and aggressiveness, he lives alone, speaks as less as he can and sleeps on the floor of his apartment. Even if it seems like the external events don’t affect him directly, his life is going to change.

The peculiarity of the script is to present a few and very restricted number of dialogues and the decision not to explicitly contextualize the situation. The script strongly affected the actors, who decided to follow its indications without proposing any change to the characters’ construction. The only change that has been made to the script is the protagonist’s physical approach, as the director David Nawrath explained during the press conference: “I was recommended to approach Rainer whom, despite the many roles he played in the past – even in international productions -, had never been the main character of a film. When I met him I instantly convinced myself he was the right one, even though his body was not as impressive and massive as I imagined”. 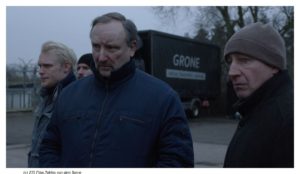 The physical exertion that he undergoes every day is the pure expression of a massive emotional weight that strongly oppresses him. This weight, caused not by loneliness but by what provokes it. There are a lot of close-ups that examine his facial features, underlining his facial expressions and manifesting his interior struggle. The main scene of the film, the most intense and explanatory one, is the one in which Walter finally – even if not in a natural way – abandons himself to his emotions with a confession: the camera gently closes-up on him while he shows what troubles him, as if to lighten an unsustainable burden. The recipient of this confession is his antagonist, that stays between the protagonist and what suddenly becomes the possibility to get out from the cage in which he was mentally imprisoned. The directing is deliberately minimal, without daring or spectacular scenes, in favour of (a right choice, according to the article writer) creating a continuous “psycho-technical” relation between the film and its main character.

Atlas is a film about hope: hope that is seemingly gone for the whole duration of the film and is finally found at its very end, reversing the public’s mood in a split second.