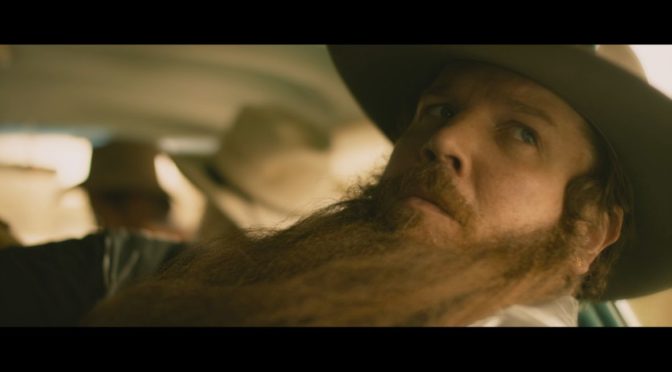 The description of someone’s life through words and musical notes. This is Blaze, a film by Ethan Hawke, presented in the Festa Mobile section at the 36th Torino Film Festival. It is the story of the country singer Blaze Foley, who died at the age of 40 because of his extreme dissoluteness, or for his audacity.

The narration is a constant coming and going between past and present, as a matter of fact it unravels in three different time-frames: Blaze’s life with his muse before success; the singer after Sibyl; friends who talk about him on the radio after his death.

The viewer must rebuild the story by the multiple narrative levels and understand character’s changes, through an editing which combines past and future elements.

Hawke transports us in a settled fate and even those who is not familiar with the story of the singer are asked to follow the chain of events, with the consciousness of its tragic end, whose premises are laid right from the beginning of the film.

Ultimately, Blaze is a good person who wants to become a legend, and to do it, instead of lifting his spirit, he lets himself get carried away by events. So, from a little tree house in the woods, in which love was the only thing moving his soul, he decides to give his life an impulse and to express his essence also far away from that heaven, which does not represent the real life.

But which planet is Blaze’s real planet? His tormented soul is balanced between two worlds that we get to know through the editing. As in an endless ping-pong, the viewer flits from a universe to the next, understanding that even the singer himself does not know his own way.

The artist’s parable, between sensitiveness and agony, is supported by a narration carried out by songs; Blaze himself tells part of his story through his music. Every piece that he sings evokes a moment, a suggestion, an emotion.

Each sequence is strewn with fragments of humanity, which seep into the screen thanks to Ben Dickey’s interpretation.

The nature of woods contrasts paved roads, which lead to small pubs full of smoke and liqueur; a warm tones photography returns sensations in both cases.

Wild Blaze is an ungovernable and deep soul, who lets himself die before he finds his place in the world or, perhaps, before he understands the real essence of his tormented soul.

A little bit of soil, some flowers and a few cans of beer: this is what will remain of him, as well as his music that, once written, will never be able to come back.