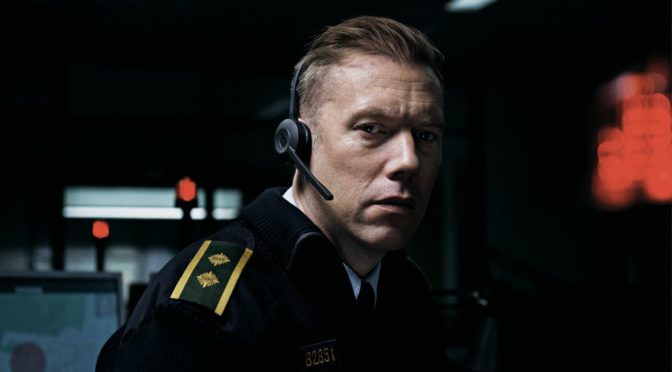 Over the past few years, we have been used to see high-quality films coming from Scandinavia, and in particular Denmark. This is also proved by the fact that films such as The Hunt by Thomas Vinterberg and Land of Mine by Martin Zandvliet entered the top five Academy Awards nominees for Best Foreign Language Film. It is important to mention these films, because The Guilty (Den Skyldige in Danish), first work of young Danish director Gustav Möller, is both one of the nominees for the TFF36 contest and Denmark’s choice for the next Academy Awards.

It should be added, as pointed out by producer Lina Flint during the press conference, that “in Scandinavia there’s a generation of filmmakers who grew up with noir and wanted to offer something new to their audiences in order to promote this genre”. Möller belongs to this new wave of brilliantly written and staged noir, thanks to his brilliant and confident first work, that never ceases to impress.

The Guilty starts with a black screen and the incessant ringing of a telephone; the same ring that the audience will nervously wait for during all the 85 minutes of the film. Asger Holm, indeed, is a policeman who is forced to work at the emergency call centre due to an internal investigation. One night, he receives a call by a woman who has been kidnapped. Thanks to his cold blood and skilfulness, Asger helps her as much as he can, finding out that the horrors behind this event are bigger than he could have ever imagined.

In Locke, Steven Knight and Tom Hardy had already managed to keep the audience glued to the screen thanks to the solo-actor strategy, a phone call and many interior conflicts. In The Guilty the scheme is similar: although the film is more of a thriller rather than a family drama, the interior conflicts remain, insinuating themselves into the main plot. Who is “the guilty”, as suggested by the title? The film builds itself step by step on guilt, exploding in the end in a series of shocking revelations.

Flint explained that the inspiration for the film comes from a YouTube video where a woman calls 911 while being in the car with her kidnapper, talking in code so as to avoid getting caught. Möller, director and screenwriter, was surprised by the fact that just by hearing an audio registration, the images were so vivid he could almost see them before his eyes.

This is exactly what happens while watching the film. Even if the audience can only see the call-centre and Asger’s face, the events on the other side of the phone are vivid and real. The noises of the street, the kidnapper’s voice, the heavy breathing of the victim are the main focus of the story, and the characters and their actions appear as imaginary shadows in the mind of the viewer. When Asger closes his eyes or anxiously watches the computer screen, it almost feels like the streets through which the white van is escaping take form. 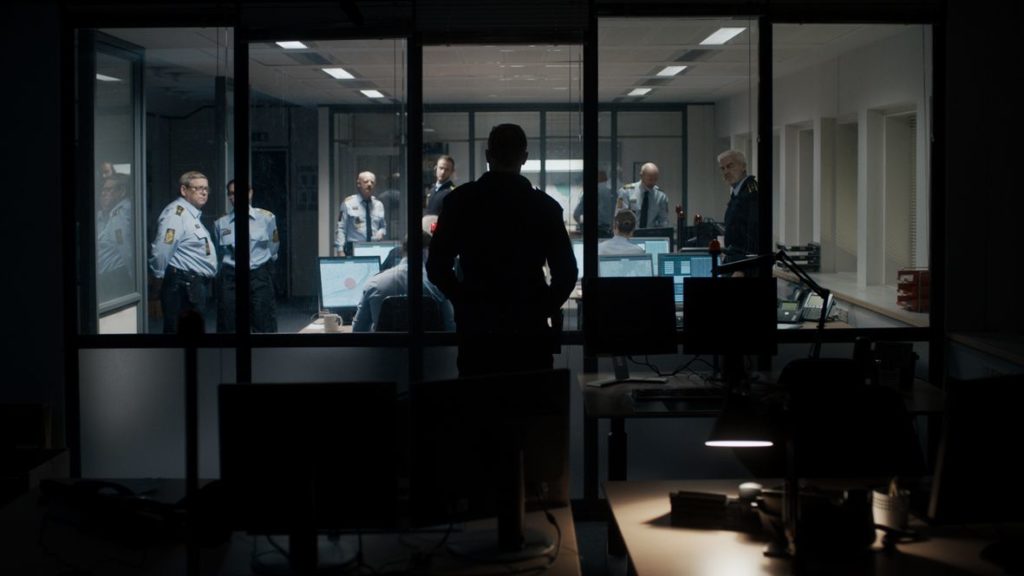 The close-ups of the anxious and worried face of Jacob Cedergren – who leads the whole film with extreme realism – mirror the claustrophobic situation. Möller builds a vivid and pressing film in which the masterful acting by Cedergren is completely at the service of a fast-paced screenwriting that grows gradually until its explosion. Urge, tension, guilt, hope and tenderness all appear on the protagonist’s face, reflecting themselves in the eyes of the audience.

The Guilty is an excellent, surprising and brave first work. We have nothing to do but to wish Möller and his team of filmmakers a bright career that succeeds in overcoming national borders.