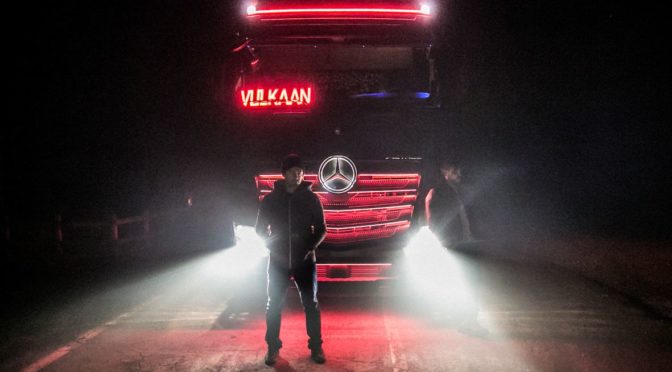 One man from Caserta and the other from Rome: a few months ago, they did not know each other, but they have more than a few things in common. Marco D’Amore and Vinicio Marchioni are two talented actors with a solid experience. They have common theatrical backgrounds and frequent movie appearances, in addition to being well established among the public of the TV series made by the same director, Stefano Sollima, who “launched” the former with Romanzo Criminale (2008-2010) and the latter with Gomorra (2014 – ongoing). Today they are in Turin to present the first work of a young director, Simone Catania, a producer of documentary films who committed the two actors to a road movie that is touring Italy and Europe.

Tino (D’Amore) and Antonio (Marchioni) grew up together in a Sicilian village, dreaming of living the prime of their lives elsewhere. Today one lives and works in a huge truck, driving through the entire continent, while the other spent a few years in London, a Mecca for the unemployed, and now, alone in the world, wanders aimlessly like a tumbleweed. One day they meet each other by chance, and in a short time they develop a strong relationship that they believed to be gone. 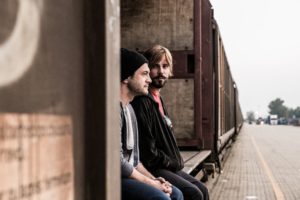 “A fully-fledged love story, a platonic love which is not consumed, but is still love”. This is the interpretation that Marchioni shares with his “shining” director, whose working method also met the strong appreciation of D’Amore: “I found the script extremely profound; while I built my character on his loneliness, I was helped by Simone’s obsessiveness, the real “driver” of the film, to distort the image that has characterized me for years”. The actor from Caserta, who has trained with Toni Servillo, gives proof of remarkable versatility and confirms his talent for impersonation: he abandons the Neapolitan dialect in favor of the Sicilian inflection, speaks English and Flemish, his looks make him almost unrecognizable. Marchioni credibly juggles English and German and presents his Antonio as a variation on the stereotype of “the Italian” on holiday. The two boys become men keep on dreaming; they dream of independence, of peace with themselves and with the world. Between psychedelic experiences, bucolic episodes and irresistible pranks, their trip is a long chase for an elusive identity.

“Fuck you! Fuck you! Fuck you!” This is the battle cry in the initial scene, a cry the two boys address to the land by which they feel suffocated; the same cry that echoes in the ending, twenty years later, in the same place. Catania explains: “They are two different, almost opposite ‘fuck you’, which open and close an ideal circle: the first is the angry and tormented scream of those who run away from home, the second is the relief of those who came back home”.