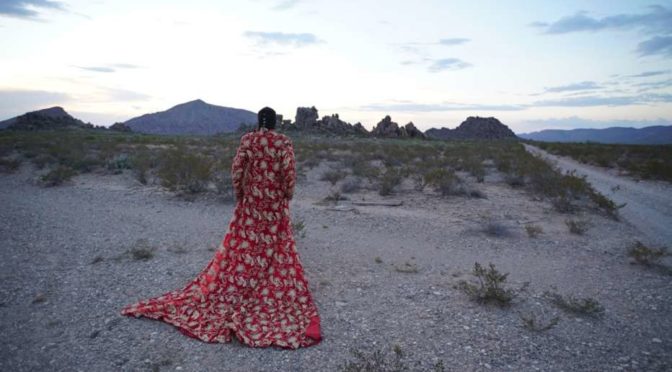 The relationship between a documentarian and the subjects he films is fundamental for the success of a project: in the case of Marie Losier and Cassandro, personalities of the lucha libre and protagonists of this movie contending for the TFFDoc/International section, we witness a still strong friendship, born six years ago.

Losier told in the Q&A at Cinema Massimo, that she met the luchador in 2012 in Los Angeles, where the filmmaker was presenting his precedent movie, The Ballad of Genesis and Lady Jaye. Invited at an event from the lucha libre cabaret, she discovered a world almost unknown in Europe and she met Cassandro. Cassandro was such an interesting person that she decided to put aside a project on a Canadian music, Peaches.

This meeting took to a project, carried out for almost six years, of which a year and a half was dedicated to the editing of the impressive quantity of material collected. Losier has indeed followed Cassandro for a long time with a 16mm camera, becoming his friend and earning his trust: the result is a close, organic and visually wonderful documentary on a real fighter.

Cassandro is the ring’s name of Saúl Armendariz, a frontiersman, born and raised in El Paso in a family from Juárez, which performs claiming the exotico title. The exoticos are luchadores which until the end of the 1940s perform by re-enacting homosexual stereotypes, despite not being gay. Cassandro is, on the other hand, proudly and openly homosexual, and unfortunately this meant and still means, having to face much animosity. Despite that, his attitude has always been incredibly combative. Losier follows Cassandro in an extremely delicate period of his carrier, in which his health keeps him from fighting without heinous sorrows and his sobriety, preserved for ten years, starts shaking.

Losier was reportedly impressed by the coexistence, in Cassandro, of sweetness and of a disruptive violence typic of the luchadores. This aspect is shown in the movie thanks to two iconographic registers: heartbreakingly delicate and beautiful images, in which emerges Losier’s pictorial sensibility. The director declared her intention of deliberately creating some tableaux vivants – along with the harsh images of lucha libre matches, dangerous and very difficult to capture, especially with a 16mms camera. Rapid shots follow other ones at a rapid pace, to represent the apparently conflicting elements which live in Cassandro. This man is deeply Catholic, but he also practices the ancient Mesoamerican rituals of his people; he mixes the Mexican folklore with the drag queen’s glamour, he is full of energy but leans towards serious depression periods.

The presence of the filmmaker in the movie is also an important characteristic: Losier declared that she tried to cut herself out of the movie by removing her voice, but at the end she decided not to. Cassandro would have resulted in an awfully alone character, and the filmmaker has therefore preserved her interventions in the movie along with genuine Skype calls with Cassandro.

The movie has given Cassandro the energy to move forward and brought back his fame in Messico: it is amazing how much the cinema can impact people’s lives.