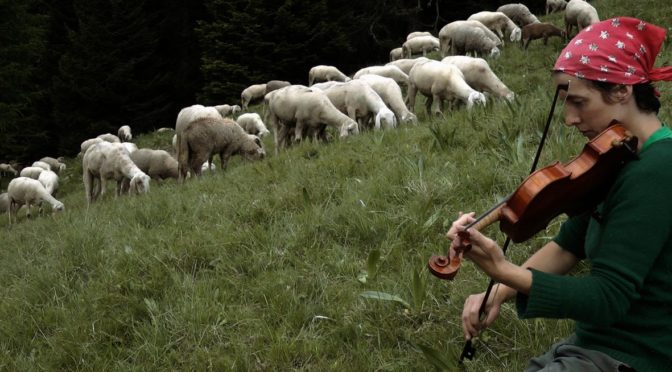 A quiet clearing in the mountais, the tinkling of cowbells, a shepherd playing the violin near the flock. It might seem to be an idyll, a fiction, a delicate literary landscape like the one that we find in Virgilio’s Bucoliche, or from Tasso’s Aminta; but here, the mountains are in Veneto, the sheep are called by their names and the shepherd is actually a girl who has preferred pastoralism to the passion for music.

Anna Kauber’s first work In questo mondo is a raw film full of realism. There is no space for the lyrical tones typical of the arcadia, because the faces and the stories of the women shepherds are all that really matters. They are the only protagonists of the film: women of all ages, of every region, who came to pastoralism for different reasons, but moved by the same kind of sensitivity. Some of them, with a renewed sense of wanderlust, have discovered in the ancestral practice of transhumance a way to widen the boundaries of our ordinary concept of home. Other people, instead, have chosen this job to bluntly affirm their categorical independence from any gender convention.

Who said that to be a shepherd, you must be a man? What’s wrong with leading the flocks on the slopes of the mountains, with chasing wolves, with guarding the stables? The protagonists answer these questions with their actions. Their long days of work, their fight against the wind and the rain, the wait. Moreover, the solitude of the farms, the obstinacy and the effort they put in the milking process as it was used to be done, with their hands and their faces near the ground, immersed in the material. This is the tenor of the images Anna Kauber offers her viewers.

There is no holding back, the reality seems to overflow from the screen without filters. The public’s response is in fact elementary, almost instinctive: in just 97 minutes it goes from tenderness to nostalgia, from curiosity to dismay, from compassion to astonishment. When the camera finally finds the courage to capture the mystery – life and death, birth and slaughter – only a deep and unfathomable silence dominates the scene. 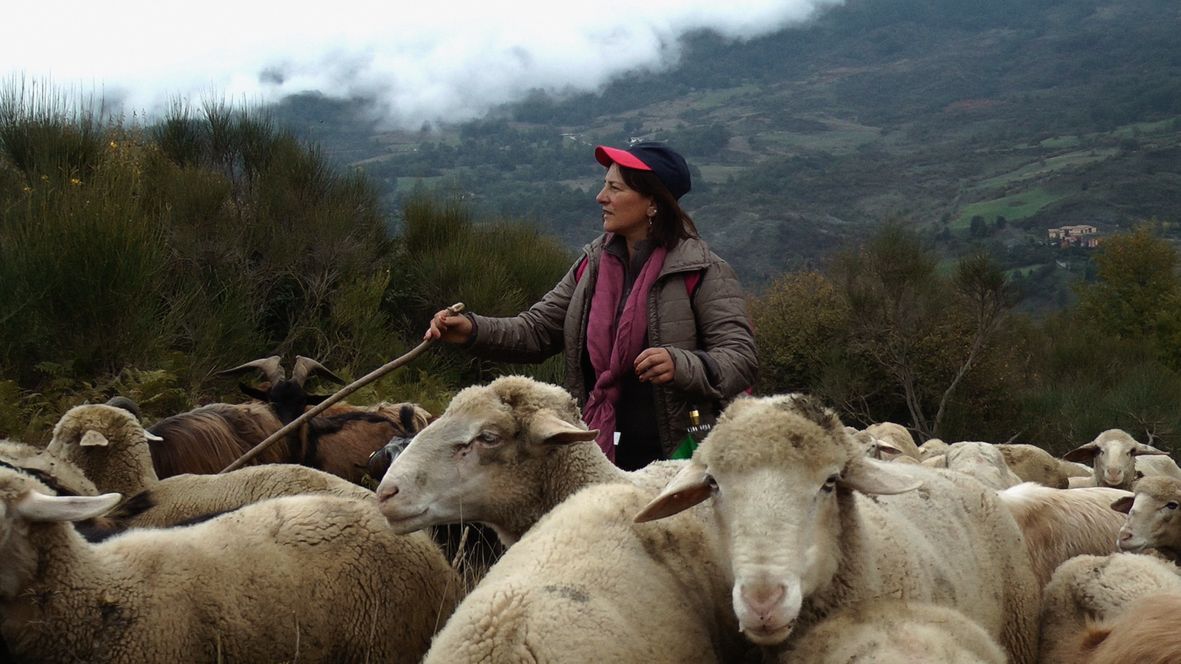 The communication channel with the public is direct, unobstructed, clean. Anna Kauber, who works as a landscape architect, chooses and prefers ethics to aesthetics, content to form. Despite some interesting style solutions (as, for example, the almost continuous use of the handheld camera, the extreme close-ups, the frames whose contours are labile and elusive), the images still seem to have an autonomous attraction, perhaps linked to the great documentary value of the film.

According to the director, In questo mondo is a work developed with the aim of collecting the testimonies gathered during her long journey around Italy. Started for personal reasons, the experience has then turned into a social and existential investigation, which highlights the issue of female marginalization from a new and essentially unknown perspective.

In other words, if the purpose of the film is – as suggested by the title – to lead the viewer beyond the fence, we could say that the goal has been fully reached.