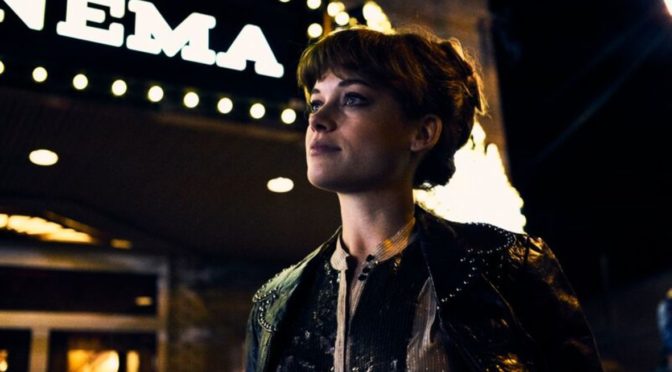 “Jeanne is looking for Paul”. It wasn’t unusual to find such ads on many American newspapers during the 80s: young and aspiring Maria Schneiders were looking for dashing and aspiring Marlon Brandos in order to recreate the erotic passion scenes in Bertolucci’s masterpiece. Terry and Phil, classmates in film school, will both go through that. They are desperate, looking for comfort for the loss of Catherine, the girl they both love: the three of them are hardened cinephiles, grown up during the time the U.S.A. discover their personal nouvelle vague, the New Hollywood. Passion will guide them throughout life without, however, making them truly happy.

Peter Zeitlinger’s heavy flou, director of photography, plunges us in a dreamlike reality, too abstract and unrealistic, which is that of 1980s artistic and sophisticated New York, very interesting from the cultural, social and artistic point of view but a lot deeper than what has been shown on screen: from gallery openings through experimentations and the art of painting to the advent of  AIDS, whose narrative use is certainly the director’s most naïve mistake.

Jack Kilmer and Shameik Moore form a couple of perfect performers: on one hand, the blond and romantic director who devotes his artistic life to his muse, on the other hand the libertine photographer who loses no opportunity to hang a tie on his college bedroom door (hint of an ongoing sexual intercourse). On the contrary, Jane Levy’s presence weighs down the film with her far too evident references to restless Jeanne Moreau in Jules and Jim.

A good bright spot is the magnetic Juno Temple, who interprets the dynamic actress Victoria. With her freshness, she is able to break the vortex of that cheesy romanticism in which the film was getting lost.

Neither Franco nor his characters completely manage to get rid of their myths, as if they could only show their love for films through a fanatic flow of inspirations, from The Dreamers’s Bertolucci to Antonioni’s “photographic intercourse” and his Blow-up.

As a result, the film ends up being a charming love triangle between a director, a photographer and a magnetic actress, lost in a vortex of that time period’s stereotypes: a good story not able to deeply explore real History.