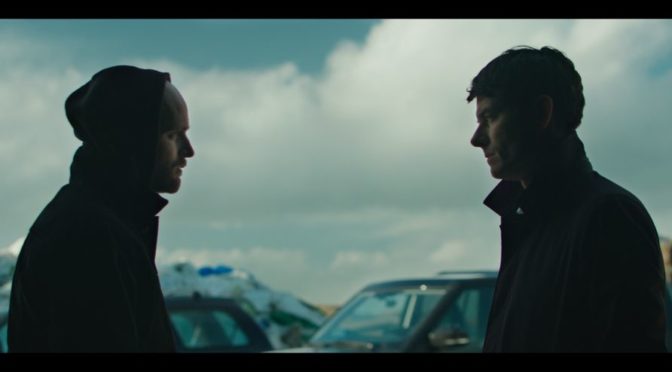 The noir genre allowed us to go over the classic detection storytelling, reenacting complicated situations and characters who are torn apart by their interior conflicts, but who are also part of the traditional dichotomy between good and evil. Vargur by Börkur Sigbórsson, whose title for the international distribution is Vultures, efficaciously recalls these lessons, in a powerful and dark noir both in setting and essence.

Two brothers who embody a contradictory Iceland (Erik is a famous lawyer, while Atli is a scoundrel in trouble with moneylenders) organize a criminal plan. They want to get a girl with some balloons packed with coke in her stomach in Reykjavik. Inevitably, things go wrong and their plans derail frames by frames from the very beginning.

The director, at his first feature film after having directed many music videos, knows the tricks to impress rhythm and tension, probably following the cinematic and literary path of Nordic thrillers. The beginning is striking, marked by a visual cold aesthetic characterized by the blue tone (which will remain constant along the film) and by a reduced depth of field that imprisons the protagonists in a distressing aura. The restlessness immediately pervades the images, a succession of ringing cell phones and telephone conversations – which are initially useful for the narrative advancement – make the climate thick of suspicion.

The effectiveness in delineating the characters, including the stubborn policewoman Lena, is obtained by proceeding with hatches and discontinuous elements, in which actions or non-actions (as in the case of Erik at the mother’s house) reflect a complex personality and a past made of darkness and tears. The shots, the tight close-ups are often sought by the Icelandic director, as if to grab and reveal an irremediably corrupt emotional sphere of the characters. The choice and acting of the cast are functional: in particular Erik, portrayed by Gísli Örn Garðarsson, glacial and cynical in dealing with the most extreme situations, represents a visceral and blind evil, much more than his most human and weaker brother.

Vargur will not remain in the history of the noir cinema: it does not add to the genre memorable aspects even if it wisely plays its cards, including the raw realism of some scenes that shakes the viewer deep inside. During the press conference, the director himself offers a possible reading key of social matrix to the film, linked to the reflections of the period before the crisis of 2008, characterised by excess and a crisis of values. The film could therefore be read as a metaphor of the despair of a society often described instead as a role model in welfare. But Vargur is effective regardless of social implications, for the depth with which it investigates human nature, capable of drifting into reckless and end in itself evil.