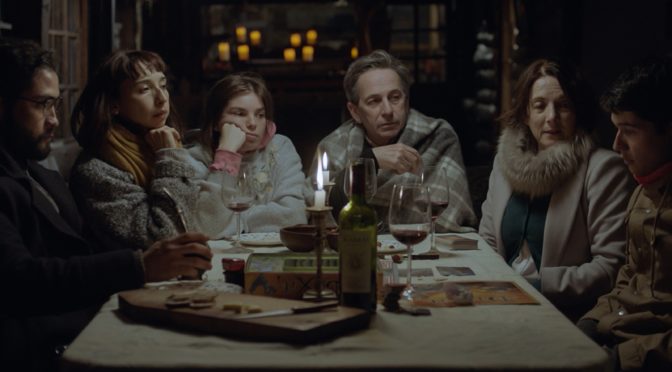 What do six abandoned people on a desert island turn into? Algunas Bestias tries to give an answer. The second featured film directed by the Chilean Jorge Riquelme Serrano opens the contest Turin 37.

Ana (Millaray Lobos), Alejandro (Gastón Salgado) and their teenage children decide to take Ana’s parents (Paulina García and Alfredo Castro) to a desert island to talk about their own project: building a holiday eco-resort. But all of sudden, the keeper disappears and the family remains without water, phone signal and at the mercy of cold.

In just one weekend, some hidden conflicts come up and the already unstable family balance starts to crumble. So, little by little, the illusory paradise turns into a real prison and the audience can perfectly feel a morbid tension that dissolves in a undefined ending. The title shows that, even in a idyllic place, isolation can bring a dark side out of everybody. The film is all about finding who the real beasts are, but the feeling the audience has is that the situation is unclear and, for this reason, it is very difficult to justify the characters’ actions and reactions.

During the press conference, the director claims that the film bases on the concept of violence and abuse on which the Fundación para la Confianza (a no-profit organization that wants to help women who are victims of violence) has worked on. This film wants the audience to reflect on a particular aspect of the Chilean society which is more tacitly accepted rather than punished. But occasionally this film distances itself from the original goal and so, at the end, the audience leaves the cinema more confused than it was before.

The amazing photography and the brave directorial choices (for instance an incredible sequence shoot with fixed shoot) redeems the film: worth mentioning is even the soundtrack that perfectly helps to build a crescendo of tension throughout the entire film. Using the power of the words, the film perfectly succeeds in upsetting and making the audience reflect.