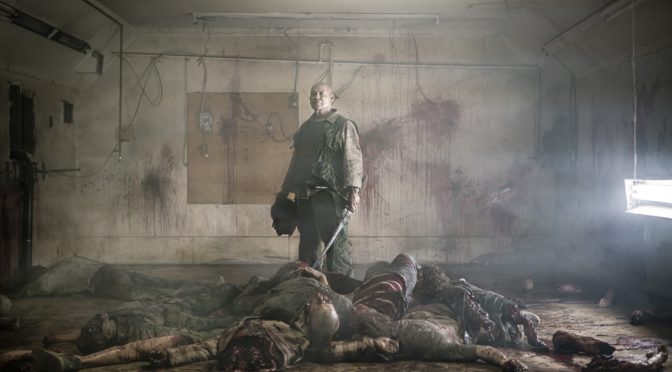 In the U.S., the expression blood quantum is used to refer to Native Americans as opposed to other ethnic groups: those whose percentage of Native American ancestry is at least 51% are labelled as Native Americans. This can often lead to racial discrimination in one of history’s darkest times as far as inclusion is concerned. The film, by Mi’gMaq director Jeff Barnaby, serves as an allegory for the cannibalisation carried out by white culture to the detriment of Native American culture, slowly leading to its disappearance.

The plot revolves around the concept of blood quantum in the form of a virus which is rapidly spreading across the world, causing the dead to come back to life and turning survivors into zombies. Only the Mi’gMaq, a small indigenous community living on the Red Crow reserve, are immune. In this apocalyptic scenario, sheriff Taylor (Michael Greyeyes) manages to create a sanctuary for his friends and family, namely his children Lysol (Kiowa Gordon), Joseph (Forrest Goodluck) and the latter’s white, pregnant girlfriend. But if zombie movies have taught us anything, it is that the living are to be feared just as much as the undead.

Jeff Barnaby evidently has a very clear idea about what zombies are meant to represent in his film: they are nothing but a pretext to describe the threats and discrimination that Native Americans have to face every day. The choice to resort to an extremely popular trope is functional to the director’s aim to reach a large audience, namely fans of mainstream titles such as The Walking Dead and Zombieland as well as horror video-games aficionados. There is no shortage of genre stereotypes, namely elderly katana masters, burly chainsaw-wielding warriors, meat grinders and shotguns aplenty. As far as the cinematography is concerned, dimly-lit as well as nocturnal settings predominate. The function of the gorier elements is chiefly ironic, with the most violent scenes being purposefully exaggerated and over-the-top. Unfortunately, the importance of the message outweighs that of the plot, resulting in a rather linear, predictable and at times frankly confusing storyline. Character motivations are somewhat muddled, particularly as far as the villains are concerned. The motive behind the evil leader’s murderous rampage seems to be especially weak and one wonders why others would possibly want to join him. Nevertheless, the excellent cast as well as the fun (if a touch cartoonish) characters manage to elicit more than a couple of laughs. This makes it easier for the viewer to gloss over some rather outlandish choices, such as the reveal that an elderly fisherman is actually a formidable katana-wielding ninja.