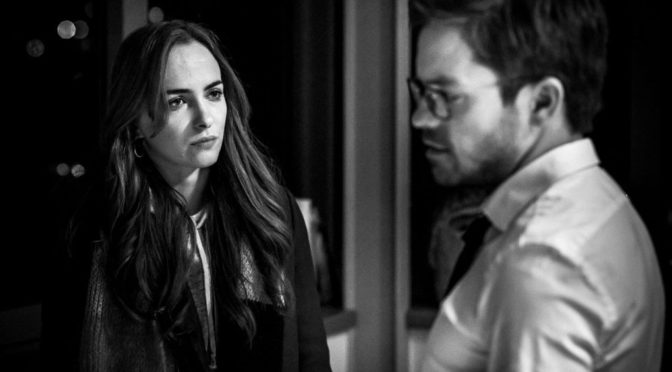 «I have been living in Czech Republic for some time. I have been discovering its culture little by little and, above all, its great cinematographic history. For this reason, I decided to make a movie which was a tribute to the sixties Czech cinema.» that is how the Chilean director introduced the first screening of his film at Torino Film Festival.

So far, the film presented in the section Festa mobile is one of the 107 made thank to the support of TorinoFilmLab. It is an international laboratory engaged in supporting young emerging talents. The movie was developed independently from the Lab, which intervened in the final stage of the realisation. However, as the director explained during the press conference, its help was fundamental to understand which distribution channel would have been the best to release such a difficult to place film, shot in black and white, in a 4:3 ratio, made in Czech and in a style that recalls the sixties.

The movie is divided into three acts and it recalls the structure of Greek tragedies, such as Hyppolitus by Euripides that Petr (Jiří Mádl) decides to adapt. He pursues his own project with obstinacy and dedication, but the difficulties follow one another, like criticism – simply ignored – cut off funds and substitutions of interpreters. His private life crumbles too: absent father and mother, completely absorbed from work, his wife Kateřina (Marika Šoposká) leaves him; at the same time, his lover – the protagonist of a work he puts on stage, Karolina (Elizaveta Maximová) – abandons him too.

The movie is made by shots that look like real tableaux vivants, whose aesthetic pleasure has increased by the fascination of black and white. So, Almendras gives life to an extremely elegant film which faces the universal fear of failure. That failure we are used to conceal, here it deflagrates blatantly, and it forces Petr to confront it: it is only when everyone and everything are against him that he redefines himself.

At the moment of maximum discouragement, his son starts crying. It seems the right conclusion of a bad day. However, it is only by calming down that crying that he manages to reconcile with himself; it is by taking care of him that he finds the strength to move on and to find again his serenity. All along the film we see him as a worried, depressed and disappointed man. Only in the last shot, on which the camera stops, we see his face relaxed, finally serene.