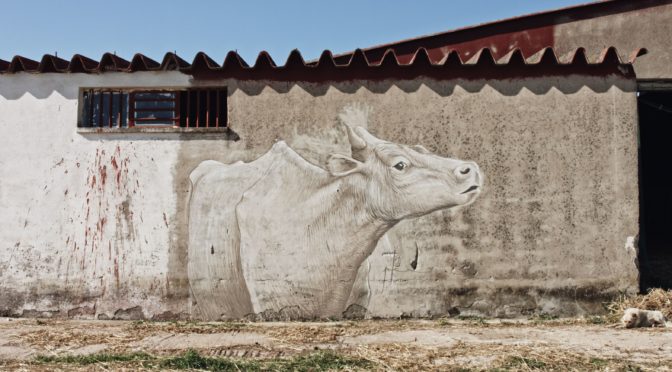 Francesco Dongiovanni’s documentary, I giorni e le opere, competes at TFF in the Italian.Doc section. It is about the meeting between two souls. Peppino is a quiet countryman who moves on the blurry line between the past and the present. Dongiovanni follows him paying attention not to trample on that fine line which divides the two dimensions, and that seems to survive only in Peppino. One of the most important features of the film is the breeder’s skillful work, but the director’s touch is also remarkable: the silent long shots – even when they are empty – are characterized by the swinging of the hand-held camera. Thanks to this technique, horizons imperceptibly bend and dissolve, and the loneliness of the different locations appear even more meaningful.

At the beginning of the film there is a Virgilian quote about the age interpreting that helps the audience to understand Dongiovanni’s passion for classical mythology. His passion emerges even from the arid lands of Apulia, which seem to be full of genuine truths. However, the fields of Murgia are nothing but a frame which encloses the human face of the documentary. The anthropological element dominates each single shot: Peppino, the humble houses, the crumbling fences, and the decrepit equipment.

In just five different days, the main character appears constantly at work and so focused in what he is doing that it looks like he does not notice the presence of the cameras. The only moments in which he looks upset is when he takes a break from his work to smoke a cigarette, and a foreign body, which intrigues his animals, bothers him. In this case the camera moves so close to him that it seems it wants to read his soul. Peppino’s work is one of the most important value for the local population, but – at the same time – it reveals to be completely useless. In fact, it consists in a set of actions that repeat themselves with a slow and a dull rhythm because they have no goal. Peppino is a very introvertive person, and for this reason he creates his personal dimension in which the chaos of the real world is not admitted. The chaos is represented by the car traffic, the old photos and trophies of kick boxing championship, and the painting of a cow on the stall wall. It is not a coincidence that the wall painting has fascinated the director, who decided to show it, from different points of views, at the beginning of each of the five days. So the lingering eye on the wall – the trace of someone else’s passage – seems out of context in a place apparently abandoned to itself; that eye breaks the mystic isolation of both the farm and the person, bringing back the spectator to reality.

What strikes the most in this film is the delicate approach between Dongiovanni and Peppino. In fact, the director depicts Peppino’s everyday life without giving it some more sparkles: his life is just what it is, period.