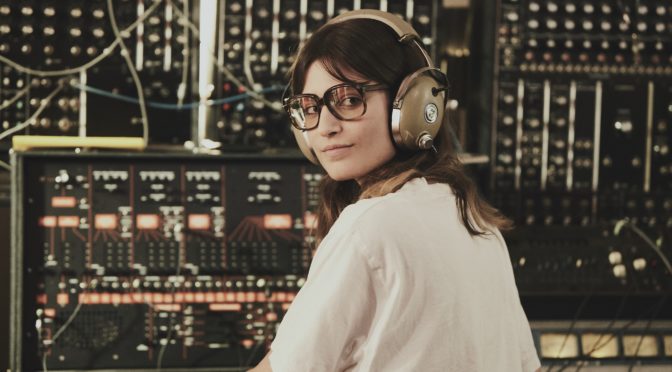 Whatever foreruns the future, so innovations and changes, is often perceived as a choc from those who live in the present, since they’re still busy figuring out the past. From this point of view, Le choc du futur is emblematic, considering that the main issue concerns the creative process of a new kind of music: the music of the future.

Ana (Eva Jodorowsky), leading character of musician Marc Collin’s first work, is a young woman who, at the end of the ‘70s, makes and produces electronic music. Her strong determination and passion collide with the outside reality and musical producers’ demands of those years. Luckily, these obstacles, amplified by a heavy creativity crisis, do not cancel Ana’s hopes, who is constantly struggling to get ahead and enforce her ideas within a male-dominated world. Her creative process is portrayed as troubled but at the same time hectic and vibrant, always on the edge between resolution and fear of failure.

Ana has not only a creative and intellectual job, in fact, it allows her to practice her craft. The protagonist shares every scene with sequencers, synthesizers and cables, therefore they appear to be the only companions capable of mitigating her solitude. Likewise, they emphasise the fact that an artist has no one else but himself and his own instruments.

This all-female story is a tribute to all those women who, starting from the ‘70s, tried to introduce a new kind of music, far from the conventional schemes of the ruling ideology. Le choc du future is a film that analyses all those social changes that pave the way for new artistic productions. Passion and firmness must be supported by practice and perseverance. Nevertheless, nobody can overcome the system alone, it is needed to be surrounded by people that can be helpful both artistically and emotionally. It’s not surprising that the most interesting and successful of Ana’s work is the result of an unexpected, but fruitful, collaboration.

Collin, founder of the cover band Nouvelle Vague, shapes his first movie on the fusion of musical vibrations and visual sensations that reaches the audience easily. These vibes guide to a wider reflection on the creativity path in general, without scorning a certain lightness that makes you move to the rhythm of the music of the future.