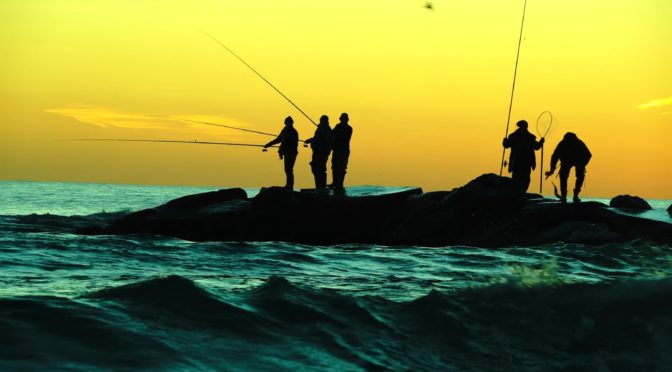 After winning best Italian documentary for Diorama at the 35th edition of the Torino Film Festival, Demetrio Giacomelli is back in competition at Turin with his new film L’uomo raccoglitore (The gatherer man).

On the surface, this film appears to be a documentary on Hermes Rendina’s life, a young Ligurian man who was one of the director’s childhood friends. Hermes is a musician who leaves his bad  thoughts and worries behind through his songs; in his free time, he gathers and sells wild herbs required to cook the prebbugiún, a traditional dish from Liguria, a region in the north-west. However, as in Diorama, the true subject of the film is not in the plot. L’uomo raccoglitore is a journey of self-discovery; finding your true self and tracing back to your roots lay at the heart of the film, which also explores a close and lasting friendship. The real deal of this documentary is to be found in the power of suggestion, since it enables every member of the audience to have their own take on the film giving them the opportunity to interpret it as they like. A great variety of themes, such as loneliness and friendship, recurs throughout the whole story; however, the film can be broken down into different standalone sequences, each unit with its own artistic value. Every cinematic element is pieced together by a brilliant editing, yet chaotic at times as it seems to slip form the director’s hands. As a result, it provides new interesting insights not originally present in Giacomelli’s vision.

It’s remarkable how some of these minor themes are strictly connected to the director’s previous film. Both these documentaries investigate the relationship between nature and urbanization. In Diorama a possible coexistence animal-urban space is outlined, whereas in this film it can be spotted in the green areas that stand out from all the greyness in Genova’s landscapes. The great amount of shots that frame nature elements, from the wild herbs for the prebbugiún to entire abandoned villages covered with plants, sheds the light on the fleeting existence of mankind. When we are not here anymore, nature will continue to exist, eventually claiming back what was her own.