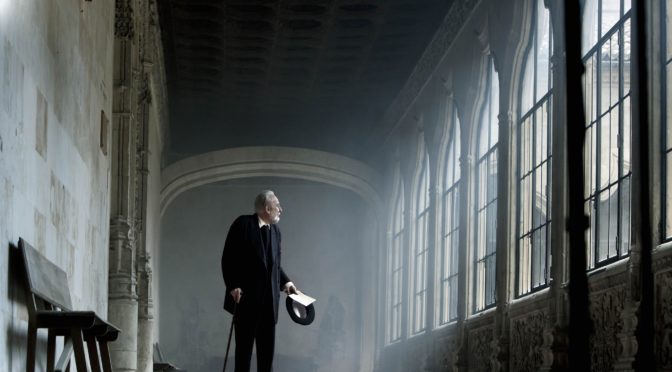 Alejandro Amenábar returns to his homeland, the marvellous Salamanca, to film his new movie: Mientras dure la guerra (While at War). The city, home to a prestigious university, is the setting of the internal conflict the former chancellor Miguel De Unamuno went through after he supported the military revolt against the Spanish Republican government. When the military junta’s purges started taking place in 1936, Unamuno did not use his position to denounce the violence and the abuse of power, as a matter of fact he did not take a stand. However, he had to face reality,his family and friends, and his troubled conscience soon after.

The methodical director of the Oscar-winning film Mar adentro (The Sea Inside, 2004) makes his return to the big screen with a historical period drama of great political impact on the Spanish Civil War. In this carefully crafted film, the methodical reconstruction of events, costumes, settings and theatrical property prior to filming contributes to the creation of a complex portrait that holds up to historical scrutiny. The characterization of the protagonists is no less; especially the standout performance of the trio General Millan Astray (Eduard Fernández), the dictator Francisco Franco (Santi Prego) and without a shadow of a doubt, Unamuno (Karra Elejalde). The film explores the latter’s fragile and more personal sphere in particular. The well-known politically active poet and philosopher is torn: on the one hand he naively puts his trust in the military government, but on the other hand his personal story ends up clashing with his initial stand. Unamuno has always stuck rigidly to the rules, but once seeing the ever-explicit signs of a violent dictatorship, he feels lost. In the end he’ll manage to get back up and overcome his inertia, even though only a few months later he passes away.

Through this dramatic story, Amenábar is able to draw attention on the current political situation in Spain and all European countries, shedding light on the negative consequences of drastic populism. The great number of references to the conflict between the Basque Country and Catalonia, as well as the criticism of the strong influence the Church has on politics, must be read from this perspective. The film’s impeccable direction reflects the past historical events as if it were a proper essay in order to make the audience itself reflect on the current socio-political landscape, which is characterised by far-right parties dangerously gaining more and more supporters. Laying beneath the detailed historical reconstruction, Mientras dure la guerra aims at warning against the rise of fascist parties, it’s a memento, in order not to repeat the same mistakes.