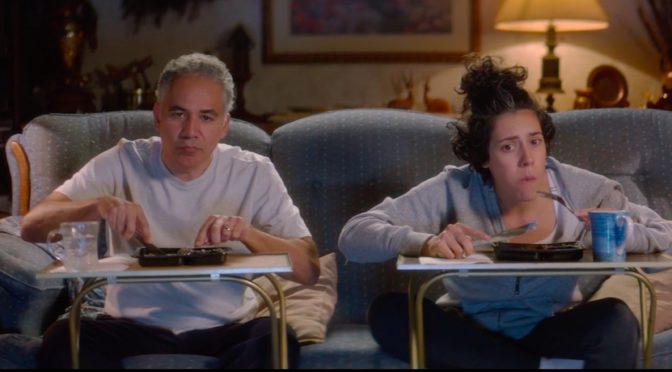 “Death is thriving”, or “the death’s business is going really well”: these are the cynical but trustworthy words said by Spencer, a psychic played by Zachary Spicer, who also produced the film. That definition describes also the films revolving around this theme: it is quite rare to find a new approach to the everlasting issue of the end of life, but the second film by director Paul Shoulberg gives us a new surprising perspective.

Lex Cordova (Roberta Colindrez) works with her father Gary (John Ortiz) in a small company whose main job is to offer consolation to people in their last moments of their lives with extraordinary empathy. But what is really difficult for her – to the point that she often gets some punches on the nose – is to socialise with living people, especially with the relatives of the deceased: she blames them for not taking care enough of their beloved ones while they were still alive and making them obliged to reach out to her for help.

As Zachary Spicer said during the press conference on November 24th, Lex’s job has not been made up by Shoulberg and Spicer: they dealt with death just before the making of the film (produced in a warehouse) and Spicer believes that their experience helped them grieve and concentrate on what we bring with us of the people we love.

Lex has the istinct to always face death because of a tragic loss in her childhood, but at the same time she wants to take some distance from death and to empathise only with those who she knows she is going to lose: she does that by doing a job she does not want to do. This contradiction is characterised really well by Colindrez and the rest of the cast, but also by the inspired screenplay and cinematography: in fact, the first part of the film is distinguished by fixed frames and simmetry, that is reflected also in Lex’s and Gary’s costumes. These “pictures” remind us of a theater performance, they represent perfectly the limitations that Lex imposes to herself to keep her life together, even though it is not ordinary at all.

But when the two customers Nora (Carson Meyer) and Val (Judith Light) show up in her life, Lex assists to the destruction of the walls she built to protect herself. Now, the simmetry is broken and the camera is free of making great movements. It is time for Lex to decide between living for herself and being the last white light mentioned in the title.