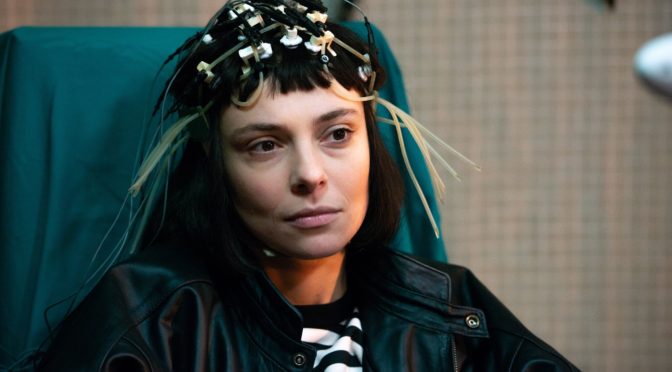 It’s 1989 and television is broadcasting footage of Nicolae Ceaușescu and his wife Elena’s deaths. Federica (Jasmine Trinca) is spending Christmas with her family when she has her first epileptic seizure. A few years later she is a teenager, obsessed with the cult movie Simple Men (Hal Hartley, 1992) and with Elina Löwensohn’s character, who suffers from the same neurological disorder. Their fates are destined to intertwine when Federica, now an adult and a film director, meets the Rumanian actress in Rome. She offers her a part as herself in a biopic set in Bucharest; despite her initial reluctance, the actress accepts, hoping to regain some of her long-lost fame.
Simple Women is Chiara Malta’s debut film; the director’s intent is made clear from the very beginning, with an intermixture of different registerswithin a meta-cinematic frame in which the lines between reality and fiction are blurred.

Federica’s collaboration with Elina starts off as an exciting adventure, but quickly turns into an ordeal. The actress has little in common with the icon Federica has been worshipping since her teen years: she is a woman whose career is on a downward slide, yet she is also ambitious and determined to do whatever it takes to climb back to fame. Conflict arises because of Federica’s creative choices and the competition between the two women becomes so intense that it ends up causing the young director to have a breakdown.
From this point on, all direction is lost and different plotlines start to converge: the one in which Elina plays herself, a second one in which Federica directs Elina to the point of taking on her identity and finally a third one in which Malta shrewdly builds a puzzle in order to meditate upon the inherent ambiguity and instability of the film medium itself.

This creates a maze-like structure which becomes even more complex with regard to Löwensohn. Her character constitutes a layered portrayal which is both intradiegetic and extradiegetic, in that Elina has to play what is essentially a representation of her own self; the film retraces some of the key moments in the actress’s filmography (first of all Simple Men, in addition to Schindler’s List) as well as other biographical events.
At times, the two directors’ cameras merge into one, telling us what appears to be the very same story.

As stated by director Chiara Malta, the project was spurred by her real-life encounter with Löwensohn a few years earlier and by the actress’s words on that occasion: “I am no American actress. I am not who you think I am”. The concept of the film has much to do with Malta’s realisation that the woman she thought she knew was actually completely different from what she had expected. Malta’s work aims to deconstruct this illusion of familiarity through constant role-playing and perspective-shifting. Ultimately, the underlying question is: what are images actually telling us? Everything and its opposite. But quite surely, there is nothing simple about that.