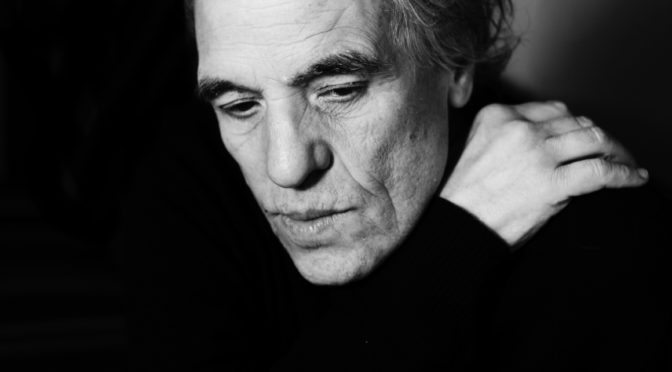 The controversial and provocative American director Abel Ferrara is present in the section Festa Mobile of the Torino Film Festival with two films: Tommaso and The Projectionist. The former is a story of redemption, the latter of determination.

Tommaso is centered on the figure of the protagonist of the same name, a New Yorker living in Rome with his wife, Nikky, much younger than him, and their three-year-old daughter, Didi. The couple is going through a crisis and Tommaso has to deal with the need of his wife to change their relationship. But most of all, he has to face his own self and his past as a drug addict and alcoholic. So the film seems to stage the arduous fight of the self against possession, control, abandonment, desperately trying to find one’s place in society as well as in the family.

Once again, Ferrara chooses Willem Dafoe as his alter ego, with his real-life partner, Christina Chirachi, and their daughter Anna. The pair director-actor has already worked together in four films, so Dafoe is able to give body and voice to the most intimate aspects of the life of the director with great strength. The story alternates several situations in which Tommaso is busy taking Italian and acting lessons or rehabilitation sessions, with others of domestic everyday life and ideas on the film he is working at.

A puzzle of images and emotions that enables the spectator to get into the thoughts, desires and fears of the author. A puzzle in which it is not always easy to find the right slots despite the help of the editing. The cinematography, toned with warm colors, outlines a summer Rome where Tommaso is moving always followed by the hand-held camera, in a documentary style, that always maintains a sympathetic and human point of view.

An intimate diary, a confession in which Abel Ferrara reflects upon himself with irony, a parable on suffering and resurrection. An ordeal that finds a conclusion only in the penultimate sequence of the film where Dafoe, crucified in public, looks at the camera for the last time giving the hope that a redemption for human weakness is possible.

If Tommaso can be interpreted as a documentary on the private life of the director, The Projectionist is a proper documentary. The protagonist is Nicolas Nicolaou, native of Cipro, who has lived the golden age of New York movie theatres. Starting as an operator in adult movies’ theatres during the ’70s, passing through several changes in politics, society and culture, Nick remains one of the last completely independent theatre managers.

A businessman, an entrepreneur with a strong passion for cinema, which made him fiercely fight against the big distributors and defend his dream, enabling hundreds of spectators to keep daydreaming every time they enter his theatres.

The Projectionist is first of all a nostalgic journey in the memories of Nick, told in first person. His words, frequently in voice over, guide us through the entire film, connecting the three different visual registers: his interviews filmed with a static camera; the sequences filmed with a hand-held camera that explore the city and the cinemas; and the fragments of archive footage. So, another mosaic of events and incidents that creates a true love letter to cinema, especially to the big screen. An ode to movie lovers and to all those who work in and for the cinema, for those who still believe in the magic coming from “a projector, a comfortable seat and a dark theatre”.