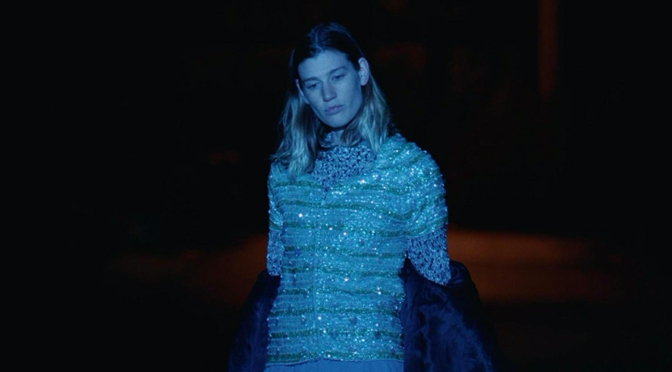 The young director Harry Cepka takes part to the TFF37 with his debut feature film. He explores the power dynamics in interpersonal relationships. “It took me five years of tears, sweat and efforts to make this film.” says Cepka to introduce his work, which is the result of the collaboration with the actress Grace Glowicki (of which he produces Tito in 2019) who interprets Raf.

Raf is a 29 year-old Canadian woman consumed by boring romances, friends who do not respect her and employers who take advantage of her shyness to establish themselves. She leads a life without any ambitions or perspectives. She has to do two jobs in order to pay the rent of a basement in the suburb of Vancouver, where she lives. Raf wants to escape from the daily listlessness and for this reason she tries to express herself through performativity: from techno music to trance dance and from the creation of theatrical personalities to painting, as a impulsive and frustrate display.

She expresses her artistic soul only within the walls of her bedroom until she meets Tal (Jesse Stanley), a young woman who is interested in her eccentric personality. From now on, the film talks about the friendship between the two characters, that apparently is authentic, and its regression. More specifically it wants to show how a feeling which, at first, seems to be genuine can crumble because of different interests.

So Raf switches from the excitement for finding someone who let her express her hidden personality to the disappointment for realising to be stuck in a toxic and unbalanced relationship. At the end of the film she understands the difference between what the relationship really is and what she thought it would be. The whole film is embellished by a remarkable female performance.