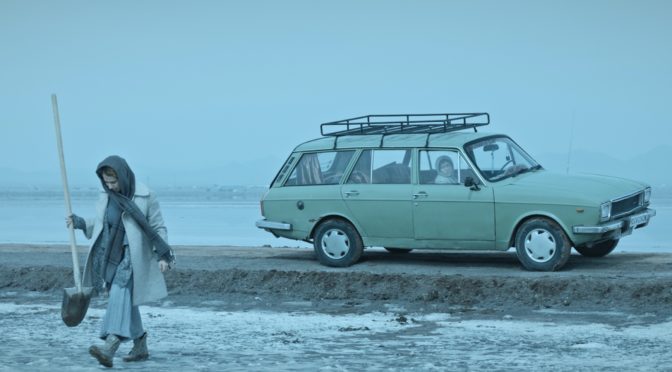 “It was a dark and stormy night”, as Snoopy would have wrote. That is how Botox begins, in a dark and stormy night, while on a TV screen another classic cartoon character, Wile E. Coyote, performs one of his usual tumbles, out of which he will be comically deformed but still unharmed. Akram (Susan Parvar) is completely taken by the scene. She is affected by autism, and she is stuck in a world made of repetitive actions and a vaguely childish attitude, and perhaps she believes that the same laws of physics that dominate the cartoon world apply to the real one, too. It so happens that she does not hesitate to push her brother Emad (SoroushSaeidi, also being the film’s producer) off the roof, who is guilty of having made fun of her one too many times.

In many ways the Iranian Kaveh Mazaheri’s first feature film alludes to animation and stories: a certain inclination to slapstick; the recurring element of the pitch heated on fire, a magical item of many fairy tales; the very same Akram, always at the center of the scene but still out of place, like a tragi-comic sketch. Aspects that are sometimes enhanced and contradicted by a meticulous mise-en-scène, made of static frames and medium or wide shots (never close-ups or details). If on the one hand, such a stylistic rationalism highlights the vertical and oblique lines that make one think about comic strips, on the other hand it thwarts any dark comedy tones.

Such a precise film direction emphasizes the dualism theme. Akram has a sister, Azar (Mahdokht Molaei), who is her polar opposite: the first is graceless and lazy while the other one is beautiful and practical. Azar works at a beauty salon where she performs botox on clients in order to remove wrinkles from their faces; Akram, on the contrary, stubbornly shows her wrinkles off over the entire story, with her brow constantly furrowed. Between them, their brother dies twice; if Akram is the one who makes him fall from the roof, Azar is the one who finishes him off, perhaps to cover her sister, or maybe to keep a filthy business afloat, which Emad stood against.

When the two sisters have to dispose the body, Mazaheri’s patterns manifest. The shots showing Akram and Azar carrying a shovel and a pickaxe, reduced to two tiny dots on a frozen salty lake, make us spot the references to Fargo’s snowfields and, particularly, Sam Raimi’s A Simple Plan. But as soon as it seems about to betray the greatest debt towards his illustrious predecessors, Botox moves away from these and becomes something else. With these images, a dream like element slowly begins to take hold, which will triumph in the finale. The last scene of the film, equally double and opposite to the beginning, closes a circle revealing a third dimension that was only suggested until this point, which has to do with emotions, almost unexpectedly winningthe audience’s hearts.