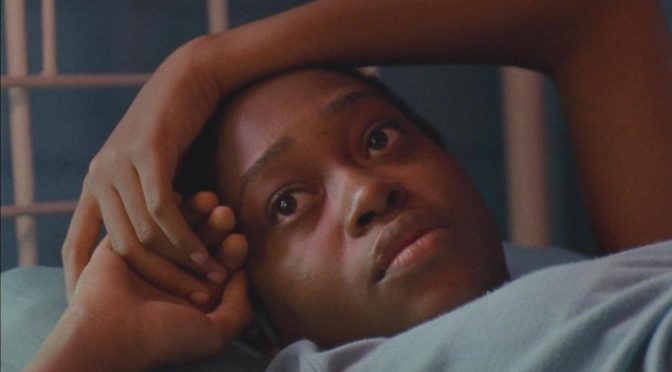 Eyimofe (This is my desire), first feature film by Arie and Chuko Esiri  (two brothers) is, like we can guess from the title, a movie about desire. The two protagonists, Mofe and Rosa, want to leave Nigeria and go abroad: they won’t succeed and they will learn at a high price not to confuse their own desire with their own satisfaction.

Eyimofe is, at first sight, a hard, harsh and sometimes cruel movie. The two stories, vaguely connected to each other, seem to be proceeding with a detached fatality. The tragedy affecting Mofe’s sister and her nephews, just after the beginning of the movie, is described without too much emphasis. There is no time for mourning because they have to think about how to pay the hospital bills, the funeral and all other expenses that continue to arise. The movie is about all of this: an incessant series of transactions where they exchange everything – money, documents (fake) and even bodies. The desire is also an important part of these exchanges because it cannot escape to the law of supply and demand. Even the desire becomes an object of transaction, both in the sense of sale and compromise. This is particular clear in the second part of the movie, about the story of Rosa.

Hairdresser by day and bartender by night, Rosa is desired by two men: Peter, a rich American who she meets while she’s working at the bar and Vincent, an intrusive landlord. She is fascinated by Peter and she cannot stand Vincent. Peter breaks up with her because he thinks she just wants his money and she comes back with Vincent, promising to marry him if he will take care of her and her sister.A real love relationship is, in both cases, impossible because these relationships are based on supply and demand. If they seem instable it’s not because of an indecipherability of the other and his desire, but because this desire is too much clear. We believe to know others desires, just because we know how our desire works (the law of supply and demand again): this is Peter’s mistake when, influenced by his wealthy (and unbearable) friends, he becomes convinced that his relationship with Rosa is just a disguised form of buying and selling.

At the end of the movie both Mofe and Rosa rediscover in family affection the only possibility of a desire without transactions, it is to fulfil others desires without asking for anything in return and sometimes sacrificing their own too.