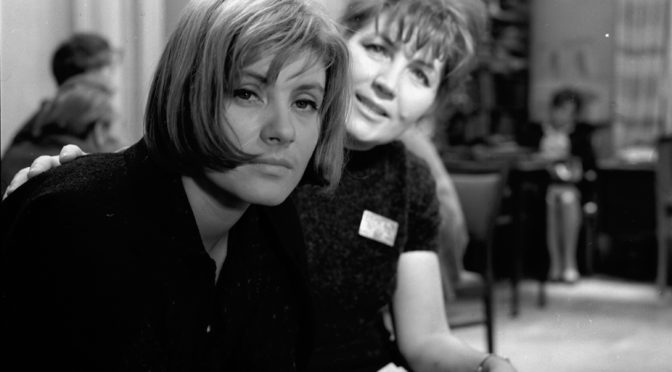 « There’s nothing mystic [in my cinema], please, try to understand. It is only about remembrance, preserving other people’s memory and knowing what to do with the past. »..

These words reveal the unpretentiousness of a great artist who has a clear aim: to use images to sculpt an irreversibly transformed world. The camera is the most suitable instrument for analysing the life of a country which is slowly forgetting about its recent past and starting to rediscover the joy of ancient times: an archaic love for life which regains its space on the movie film. Marcel Khutsiev, main director of the “new wave” developed in the Soviet Union following Stalin’s death, revives in the Back To Life section of the Torino Film Festival with his 1967 feature film Iyulskiy dozhd (July Rain).

Lena (Evgeniya Uralova) is a young Moscow woman who is about to get married and experiences an existential crisis. The outside world is apparently full of hopes and possibilities, but her inner discomfort is deep: Lena does not seem satisfied with this prefabricated reality and fails in finding a genuine source of happiness in social relations.

The narrative thread of the film is tied to a modern production and July Rain resembles the French Nouvelle Vague more than his other works: it becomes evident, for example, in some directorial and scenography choices such as long takes with handheld camera, the presence of movie posters on the streets of Moscow and advertising hoardings which frequently appear in the shots.

The fact that Khutsiev’s ‘60s cinema is formally considered revolutionary is nothing new. What makes July Rain and the previous works structurally innovative is the director’s ability to connect the uncertainties of a new generation with the necessities of a constantly changing country. Khutsiev’s viewpoint is always focused on a kind of youth which is apparently aware of its role in history, but can barely hide its confusion. A truly “father-less” generation, hovering between the ideological reliability of the past and the uncertainty of the future. It is not a coincidence that July Rain becomes deeply gloomy and melancholic after Lena’s father death.

July Rain is an intimate journey, a detailed investigation about soviet youth’s fears and desires, on the streets of ‘60s Moscow. Lena’s viewpoint interchanges with the camera, in order to find a sentimental authenticity still unaffected by progress, in the life of a people overwhelmed by modernization.

The film screening was followed by A Georgian toast, a short interview made by Giuliano Fratini to the director before his passing, on March 19th, 2019. This interview allows us to get a closer insight into Khutsiev’s life and into his passion for Italian auteur cinema. The title of the short film comes from a fun anecdote about a dinner with his great friend and inspirer Federico Fellini. It is an important proof in which the Georgian artist reveals his humility not only as a director but also as a viewer and investigates for a few minutes the main influences that led him to become a “lyric director” (as he likes to be defined) and one of the greater directors of the 20th century cinema.