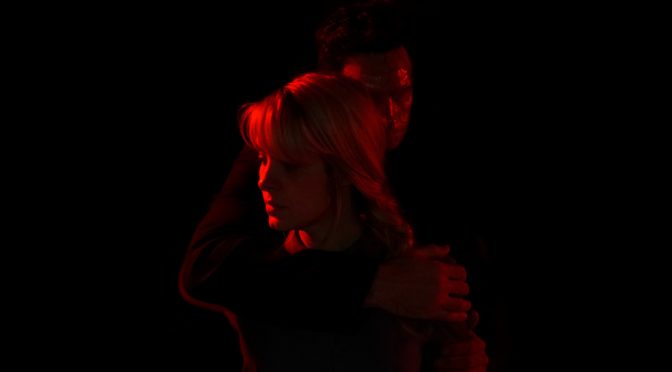 “Go it alone”: that’s the title that young writer May Ryer (Bea Grant) chooses for her latest self-help handbook. Although her books don’t sell well and business is slow, May has far worse problems to deal with. A creepy, masked man breaks every night into the house where the writer lives with her husband, haunting her and pushing her to the edge. However, nobody seems to take this situation seriously – neither her condescending, insensitive husband nor the police, leaving May alone to her fate.

The handbook’s title perfectly sums up the difficult events the protagonist goes through, captured by young director Natasha Kermani in her newest feature film Lucky, presented out of competition at the 38th Torino Film Festival. What stands out in this movie is the range of unique stylistic and narrative solutions, which place it in a peculiar position within the genre of militant feminist cinema:not only does the director depict the theme of domestic – and gender – abuse through the trope of fear being embodied by a living person, she also calls upon a serious reflection on the wounds the systemic violence of patriarchy causes.

On the one hand, the masked man represents a tangible, real danger for May, on the other hand, it may be interpreted as a problematicabsence: the lack of a specific name to identify all the alarming nuances of gender-based violence. Thankfully, Kermani depicts the active resistance of womankind through a brilliant staging, along with aseptic, unlikely dialogues, thus removing the characters from a position of sheer self-pity.

Therefore, the film takes the shape of a sharp and effective deconstruction of the more classic slasher movies: a fool, irrational murderer whose mask doesn’t hide a tumultuous past, but rather a dramatic impossibility, for women, to identify a specific enemy. Natasha Kermani’s latest feature film proves that “going it alone” is not enough in such a systemic abuse: less as a warning than a clear realisation of a universal, deadly issue.

This film talks about Wayne’s frantic night, who is overwhelmed by pain and regrets after his father’s death. His regrets take the shape of a horrendous skeleton-like creature the protagonist must run from.

In a shorter amount of time in comparison with Lucky, Meneghini is faced with a challenge: on the one hand, he could rely on the timeless but obvious solution of a jumpscare, on the other hand, he could build spine-chilling suspense around the event, so as to glue the viewer to the screen. Thankfully, the director decides to go for the second choice, thus removing the “scare” factor from the equation to turn to the much scarier feeling of eeriness that permeates the entire film. Regret, unlike Lucky, deals with the subject of absence of identity not as a violent, irrational agent, but as an uncanny presence that clings to the frail mind of a shattered man. Shoutout to the brilliant design of the mysterious creature and to Meneghini’s ability to create a shot-reverse-shot a few minutes into the film. Sleepless nights are assured.