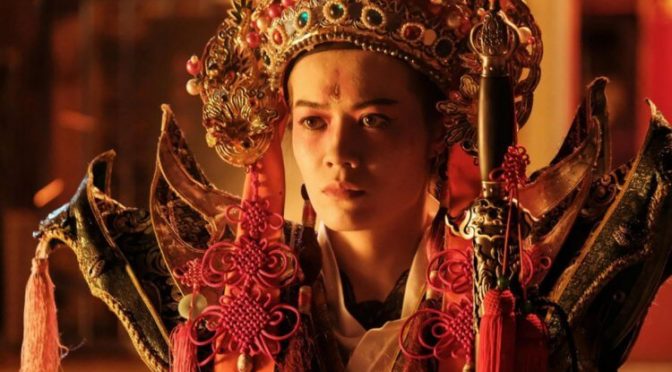 Renegotiating gender rules costs an overseas trip, the Mickey of the title, in a post-adolescence coming of age parable that establishes once and for all, the transition to adulthood. On the road is also the festive path of Mian Mian Lu’s debut feature film: from Taipei, to Vancouver and finally in competition for the 38th edition of Torino Film Festival.

Abandoned by his father when she was only a child, Mickey spends her days taking care of her alcoholic and depressed mother, who has long since withdrawn from her parental role. In her free time she practices martial arts, activities for men only, with whom she wishes to perform during the religious ceremonial of local temple. To survive, she robs games with her best friend Gin Gin, a travelling go-go dance ballerina, pregnant and abandoned by her boyfriend. On the background of their vandalism a southern city in Taiwan, where the playful dimension counts as much as the spiritual. What triggers in the two girls a feeling of revolt against their own condition is the lack of a male figure, be this the father or the lover, and consequently its desperate search. Revisiting the classic rules of the road movie, they will be catapulted, as in a painball machine, to Guangzhou, Pearls River Delta’s city.

Visually appealing and magnetic, Mickey on The Road conveys a strong emotional investment in the protagonists’ individual and sexual emancipation, iconographically reported in the rapacious tattoed on Mickey’s chest and traceables in the sparkling Gin Gin’s personality. A freedom that may want to mean, more than anything else, testing the travel experience on their own skin and everything that comes with it, to find on the traveled road a place of confrontation and awareness,  looking back with a new perspective to the much hated everyday life.

With day and night’s succession, the rain and the sun, the movie alternates contemplative and dreamlike moments with a pressing exposition, that unfolds mainly during the first part, but which does not manage to unravel the tangle. At the end of the day, tha audience is dismessed with a disenchated epilogue and some unfinished business, legacies of an abdicating narration or of a cinematic perspective still not congenial to us.