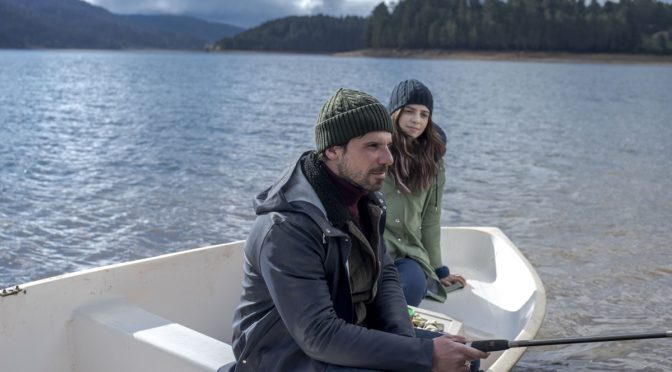 Regina, the only Italian film in competition at the Turin Film Festival 2020, is Alessandro Grande’s first feature film.

The director’s long experience with the short film form explains the mastery of the story-telling in a more extended time, without ever losing the viewer’s attention. A whirlwind of music, glances, silences and lies converge in a real coming-of-age story. The protagonists are the young Regina (Ginevra Francesconi) and her father Luigi (Francesco Montanari), who are committed to helping his daughter fulfill the dream of becoming a singer in every possible way. He had the same dream but he had to give up on it after his wife passed away. However, everything changes when an unforeseen event disrupts their lives.

Critically acclaimed for Bismillah (2018), Grande stitches many little stories together in his first film, recreating the unpredictable flow of life’s randomness. The film plays with the simple concept of cause and effect, drawing on specific genre film codes while maintaining a strong authorial identity. The director, who is also the screenwriter, looks after every detail shot, controlling the rhythm and favouring long shots in sequence. The possibility of exploiting a more extended time of action enhances the talent of Francesco Montanari and Ginevra Francesconi. Montanari has a stage presence that is felt every time he enters the scene: a face that alone could tell a story. While Francesconi is very much capable of showing, even with long silences, the poignant inner conflict of a fifteen-year-old girl who’s struggling with feelings of guilt.

Regina is a very well-written and well-performed film, and it is very enjoyable. The  few delicate camera movements are perfectly combined with the natural lighting chosen to intensify the drama of the story. As regards the photography by Francesco Pierro, every light effect is diegetically justified: the neon in the solarium, the reverberation of the fireworks, the reflections of the street lamps on the windows. Almost like a documentary, the film breaks with the Italian tradition and tells a different story. Even if the city setting recalls David Lynch’s Twin Peaks (1990), Alessandro Grande remains faithful to his story and draws the right conclusions. His film is not a noir, it is not about revenge or even hate. It is a story of revelations that takes up the structure of a thriller, especially for the use of the off-scree which creates suspense.After all, it is simply the story of a father and a daughter who are committed to sticking together.