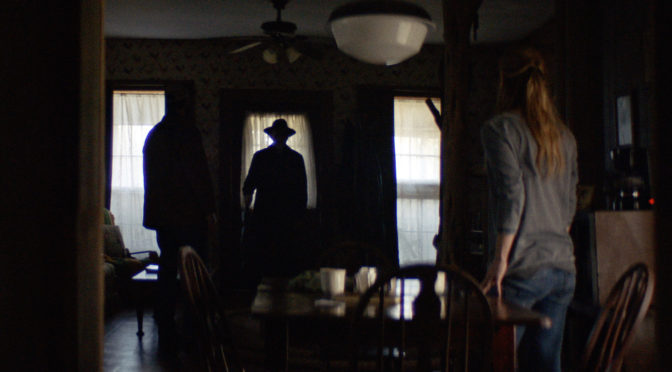 Four years after The Monster, Bertino writes and directs a ghost story intertwined with the family drama, customizing it with its usual dry and explicit style. The movie was presented as a world premier at the Tribeca Film Festival 2020 and is out of competition in the section Le stanze di Rol at the 38th Torino Film Festival.

After many years, Louise (Marin Ireland) and Michael (Michael Abbott Jr.) return to the family farm to stay close to their father (Michael Zagst), terminally ill, during his last days of life. As time passes, the two brithers and their mother (Julie-Oliver Touchstone) suspect that a mysterious presence has targeted the elderly man.

The director himself suggested to see The Dark and the Wicked as an attempt to exorcise the fear of losing beloved ones, an event that everyone, sooner or later, must face. When a person we love dies, we are most vulnerable, and that is precisely the moment when horrors can creep into our minds.

The scenarios are the Texas’ countryside, in the rural America’s heart. A world that, as the The Texas Chainsaw Massacre’s saga teaches, to an external observer appears closed, backwards, tied to beliefs that “modernity” now considers superstitions and, above all, keeper of secrets not to be revealed.

The movie follows the path traced by American horror film in the last decade, that is, the tendency to favour a more intimate dimension. The danger comes from inside the home, it doesn’t come from outside. The infesting entity disrupts the anachronistic model of the so-called “traditional family”, laying bare the hypocrisy and latent conflicts between its membres, who often do not really know each other and fail to unite to deal with the threat.

Net of (few) predictable jump-scare and the use of musical commentary even where it would not be necessary, Bertino manages to pass with absolute ease and balance from the atmospheres of psychological horror to the moments of the most extreme splatter, that arrives when the spectator least expects it. Every scene, even the seemingly most harmless one, always gives the feeling that from one moment to the next one something may happen. The fact that the entity is never clearly shown is a strenght point, because it stimulates the viewer’s imagination. If the epithet of author is perhaps excessive, the director managed to impress his vision in a strong and clear way even for a story that does not shine for originality. This ability made Bryan Bertino, together with Ari Aster, Robert Eggers and Jordan Peele, one of the reference filmmakers of the contemporary horror scene.