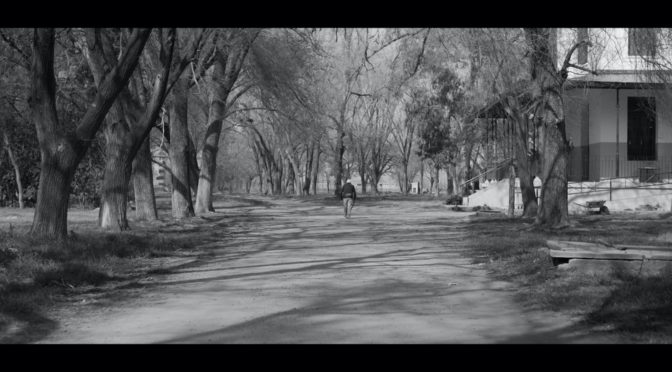 «I wanted to do a show with a language I invented to bring people together for just one night. […] They insisted that I do it again but I didn’t want to». The theater of Jorge Bonino (1935-1990) is pure to the extent that every one of his works, words or actions is presence, an act inextricably linked to the moment in which it is expressed.

Martín Sappia attempts to shape a body that has exploded into a myriad of fragments, each equally untraceable. In his documentary the formalizing nature of cinema capable of harnessing space and time, collides with the absolute evanescence of theater and its informality. An attempt – initially unsuccessful – to identify Bonino and reconstruct his profile, his biography. To outline the movements of an artist who «leaves no traces» with topographical accuracy. But whose echo still persists.

Un cuerpo estalló en mil pedazos is configured in primis as a space tracking device: long trolleys that travel along deserted streets, static and long-lasting floors designed to investigate uninhabited spaces or in which the human figure is marginal in any case, and scarce compositional interest. Scans of postcards, theatrical posters and those very few documents that have come down to us are added to the cinematographic images. Every place where Bonino is supposed to have attended during his enigmatic life is carefully retraced.

Parallel to the images, the voices of those who still remember something of the «Argentine Jacques Tati» flow off-screen. We do not know who he is talking about or what bond he has woven with the artist, so we are forced to trust them. Every truthful or dreamy testimony is a precious treasure.

To be a cuerpo explotado is not only that (physical and mnemonic) by Jorge Bonino but also the same work that aims to outline the figure. A film that follows every miserable trace branching out into a spider’s web with uncertain boundaries. Through Sappia’s work the documentary reveals its distance from the mere document. Where the latter identifies and formalizes sub specie aeternitatis, the former is a work constantly in progress which re-launches the incompleteness of the present instant in the next frame «without stopping, without tiredness». Nothing is given, everything is research.