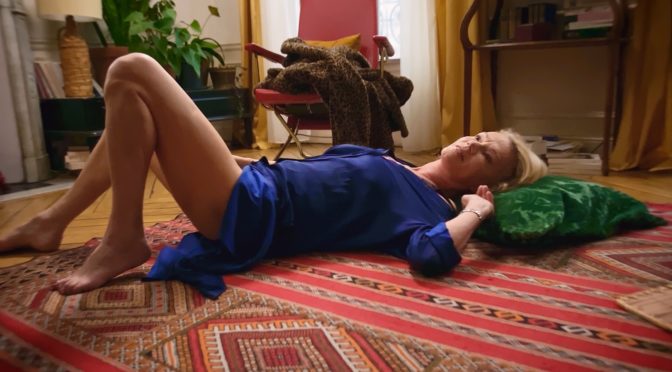 Among the films of this edition of the Torino Film Festival, Une dernière fois represents an anomalous object. Indeed, on closer inspection it does not often happen that a film defined as pornographic crosses the boundaries of sector events which although increasing still constitute a separate universe, well distinguished from generalist festivals. Let’s put aside the misunderstandings (and for some the hopes): Olympe de G.’s first feature film is not just sex, just as its purpose is not (only) to excite us. It is not because the sixty-nine healthy and wealthy protagonist Salomé (Brigitte Lahaie) has decided to die. And it is from this serene but irrevocable choice that sexual interactions are born, the succession of embraces in search of the right person with whom to live her “last time”.

«I find it unfair to give so much importance to the first few times while the last ones pass under our noses» confides the protagonist to Sandra (Heidi Switch), the documentary maker in charge of filming the meetings. A sentence that underlines the underlying friction between chance and choice, the attempt to guide what is beyond our control (this is the function of both lovers’ auditions and assisted suicide, a spontaneous choice as necessary to avoid what the woman considers as a long and inevitable decay).

Therefore, in an attempt to define Une dernière fois and in line with the spirit that animates it, we set aside labels such as “pornography” and “feminism”, simplistic classifications close to usury. The vision that the film promotes is more broadly humanist: a gaze that attempts to grasp the difficulty and beauty of the moments in which the human reveals itself with more force because it is cornered by its own finitude approaching those who stay out of bounds by choice or less: of gender, age, race and appearance. As said before outside from the labels.