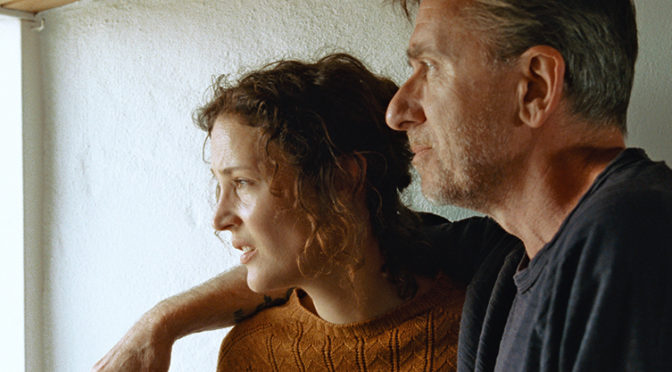 With “Bergman Island”, the French director Mia Hanen-Løve made a film that turns into a deep (self)reflection on the creative process of the artist, taking up the themes dear to her and questioning her style of screenwriting. To do this, she creates a real alter ego, which has the features of Chris Sanders (Vicky Krieps), director and screenwriter. Together with her husband and filmmaker Tony (Tim Roth), Chris spends a summer writing her next film on the Swedish island of Fårö, famous residence of Ingmar Bergman.

Like in many of her works, Hansen-Løve builds a story that seems to revolve around a relationship. Then she slowly divides the two characters and focuses on only one of them. This change of focus corresponds to the moment when the character of Chris begins to tell her husband the plot of her script. By staging the story of the main character of the “movie in the movie”, Amy (Mia Wasikowska), the transalpine director can explore, once again, the dualism between the youthful, irrational and eternal love (so much to become a curse) and the mature and intellectual one between two people that share minds and lifestyles.

At the same time, the choice to split the narrative brings out more clearly the role of Chris as the director’s alter ego. It is not a coincidence that Tony shares the same job as hers (Hansen-Løve had a relationship of about fifteen years with Oliver Assayas), nor that Chris and Tony reiterate several times how her story develops in the span of only three days. In fact, the brevity of the story is an exception for both Chris and the French director, who is often accustomed to release her films over a span of several years.

However, the young filmmaker places all these themes in a broader and universal context, dealing not only with her own difficulties, but with those of all artists trying to express themselves. It is precisely for this reason that the environment in which the characters of the film are placed in is needed. Everyone on the island of Fårö is influenced by Bergman’s presence: some are stimulated by it, while others, like the protagonist, feel smothered by it. Coming into contact with Bergman’s ghost means both being able to face the past and re-imagine life within one’s own art, to be then able to guarantee a future.