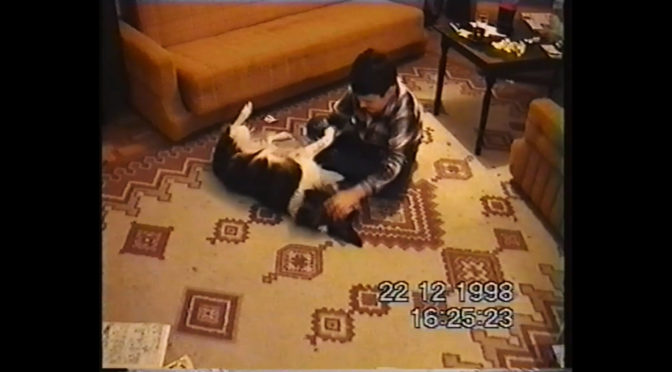 The film director looks at the empty flat where he has lived for twenty-five years. It is for sale, it is bare. The walls, empty and livid, evoke memories, raise deep investigations through the memories. The movie begins with an empty house that fills itself, in the half-light, with the past childhood of those who lived there. Presented in the section “International competition.Doc” at the TFF39, Marko Grba Singh’s documentary reaches a powerful level of intimacy. Being almost a cinematographic biography, Rampart grasps and re-elaborates the director’s personal history and with it a painful extract of the history of his country: the war that, like a sudden storm, striked Belgrado on March 24th of 1999.

Largely made of archive material taken from family video tapes, Rampart deals with the topic of the relationship between individual history and collective history. The human and “normal” side of the war emerges in the movie: the confusion of the children, the dread hidden in the eyes of the adults, the boredom, the alarms, the bombings that light up the sky at night. Hidden behind the camera and turned into visual memory, the gazes of the father and the grandfather are the breath and the blood of the movie. They blend together with those of the director, who was a child then, and now is a grown up man, who re-elaborates behind the camera.

Almost without dialogues, the movie proceeds in a diaristic way. Superimposed captions articulate the story and lead the viewer in the narration. The body of the film is hybrid: family archive images in 4:3 format flow into shootings of the present. Here the time is extended, the framings are stationary, the camera movements are few and precise, panning shots-zooms-forwards movements. The substance of the image is deeply crafted in order to dig a phantasmatic channel between the past and the present. The reiterated use of lyric and gradual crossfades amplifies the resurgent dynamic of the images which  seem to come from behind the screen layers. The look is invited to pierce it, layer after layer, in order to investigate its undefined depth.

Insisted framings on half-closed doors and windows open cracks that the viewer is forced to fill actively, solicited also by the jutting camera movements. The texture of the movie is fluid and stratified as that of the memory. The image isn’t just a surface, but it resembles a membrane. In some cases, the junction between the past and the present is marked by video and audio distortions, that produce sudden time warps. In other cases, the junction is a flow with blurred and undefined contours: the theme music of a videogame, which the director played during his childhood; the sudden superimposition of computer graphics images, also taken from “Heroes of Might and Magic III”; the aseptic insertion of a 90s food advertisement. Those are scattered traces, pins of memory inserted naturally in the movie.

Based on gloomy and falling shades, the photography gives an intense flavour to the images. The meticulous work on the light and on the cold colours contributes to give birth to the indoor space, imprinting on it a phantasmatic breath (which is already a distinctive feature of Marko Grba Singh’s previous works). The family flat, treated as a visual extension, seems to breathe together with the viewer. It allows the director to communicate through the memory with his past and with those who no longer exist. Rampart is an inner lament about the inexorable passage of time and about the merciless vertigo that comes with it. Sooner or later, everybody passes away. The movies remain. This is a powerful certainty. With his work, Marko Gbra Singh manages to touch and fix that empty space. He fills it with memory.