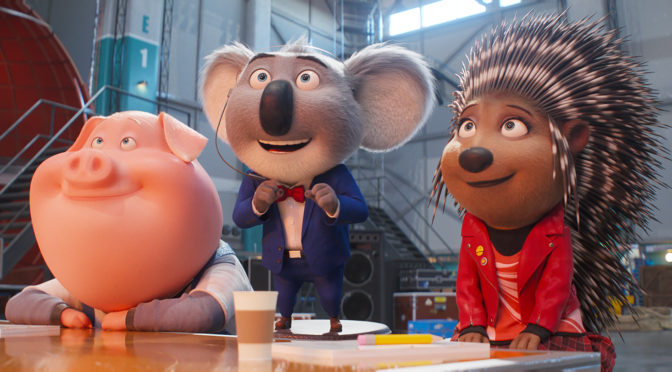 The opening film of the 39th edition of the Turin Film Festival is Sing 2, written and directed by Gareth Jennings, in its international preview. In this new chapter, Buster Moon and his friends set out on a journey that takes them from the small reality of the Moon Theatre to the sparkling Redshore City, where they look for a new adventure and a new opportunity to prove their worth to the world, by getting the chance to perform at the Crystal Tower Theatre. Although, at first, they achieve what they wished for, thanks to the unhoped-for help of fate, soon they are crushed by hardships hiding behind every corner. And to make the situation even more complicated, there is the “white” lie told by Moon to appear more impressive to the eyes of the tycoon producer of the show: this lie will lead him to risk much more than just the realization of his goals, forcing him to face the reality of a competitive and, at times, cruel industry.

This might be one of the hidden messages of the movie. Glitter, lights and colours are what appears on the outside, the cherry on top, the external shell of a world seen as magical and extraordinary, but that on the inside hides perils and obstacles. The audience experiences the journey along with the playful characters on screen, of whom we witness the excitement, the joy and the willingness to become part of a world of which, however, they know very little and that might overwhelm them. Jennings portrays the typical show business’ clichés: hopeful artists, cynical critics, the old glory who retired from the scenes, the greedy tycoon and someone with connections that takes over someone else who may be more deserving. They are not simply some animation’s characters: in some of them, it is possible to recognise the traits and typical characteristics of the animal they are, whereas in others we see a true caricature of human features taken to the extreme. They embody people’s way of thinking, allowing the viewer to empathise with them and with their desire to freely express their creative talent. This film definitely represents a manifest and an invitation to dare, to take risks, to try over and over again and to make mistakes without ever losing the determination to achieve one’s goals and to realise their own dreams.

The relationship between music and pictures encloses the core of the film, representing also what Jennings refers to as “cinematic experience”. As a matter of fact, thanks to the countless hits playing on the background of hilarious antics and prodigious performances, music takes on a key role, mirroring the universe of emotions felt by the characters and establishing an immediate dialogue with the audience. Going back to the theatres to enjoy the Turin Film Festival with a movie like Sing 2 as its opening title is the embodiment of the audience’s and the organizers’ enthusiasm for being able to experience the magic of cinema in person: the fact that this movie accommodates different kinds of audiences is certainly a symbol of the intersectional values that this event wants to express.