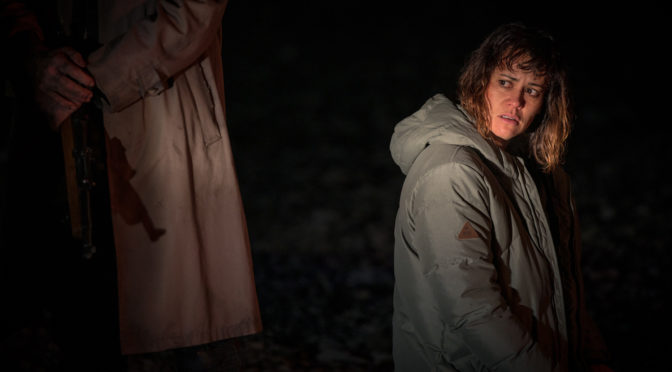 “Rol’s room”, a parallel section of TFF39 dedicated to genre cinema, opens with Coming home in the dark, which warns the viewer right from the start. The Hoaganraad family, on a trip to an isolated stretch of New Zealand coastline, comes across two mysterious vagrants and the doubt immediately arises: has this encounter been meticulously planned or is it nothing more than a cruel twist of fate?

James Ashcroft, just like Mandrake, one of the two attackers (Daniel Gilies), is only interested in the father of the family (Erik Thomson). He therefore does not hesitate to show the brutal and unexpected murder of the two sons by the two executioners who, having removed the burden, force the couple to embark on a car journey with no apparent destination.

After a very simple (and therefore solid) narrative beginning, the director creates a movie that alternates between a thriller and a road movie, blending the anxiety-inducing atmosphere of the former with the proximity to the characters of the latter. An interrogatory inside a car. An interrogatory along a journey. And at the end of the journey, the psychological, even more than physical, annihilation of the person in the car. The brutal trial of Alan Hoaganraad, a harmless family man with a far from innocent past, is conducted by Mandrake with the help of a silent assistant (Matthias Luafutu). Mandrake is a monstrous (he himself quotes Frankestein) but at the same time cultured murderer. He quotes Mary Shelley’s masterpiece not so much to indicate his identification with the monster as to accuse Alan of being its creator. As time passes, their shared past resurfaces, and the film tightens around these two characters. Mandrake’s mission is to make Alan admit that he is guilty of the abuse he suffered during his childhood, which has irreparably ruined his entire life. On the other hand, the defendant is entrenched in the conviction that he is not guilty simply because he did not materially participate in the events that took place and that he was forced to observe what happened without being able to intervene.

James Ashcroft’s film, despite some oversimplification, has the merit of skilfully involving the spectator, bringing out one of the innermost fears of the human soul: the non-existence of any superior force to help us in the struggle against evil or, even more tragically, that it exists but enjoys seeing us succumb.