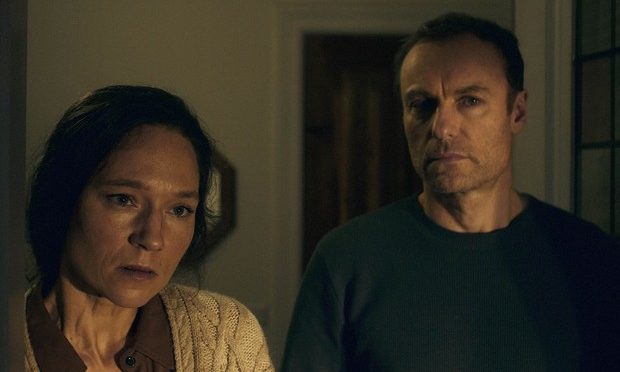 «I have the impression that the more massive our communication is, and the more we consume points of view and opinions, the more superficial that communication gets». This is how Ronny Trocker comments on the subject of his film which, by observing the reactions of the different members of what seems to be the perfect German family  – educated, wealthy and bilingual – following a little break-in at their beach house, examines human relationships and the dynamics, often disfunctional, underlying them.

Since the beginning, it is obvious that the break-in is not the cause of family discord, but rather the casus belli, the pretext that breaks a balance which is only apparent; an episode that brings out – and not forth – the tensions and the latent, unresolved problems of the domestic microcosm and, consequently, the failure of Nina (Sabine Timoteo) and Jan (Mark Waschke). The two work as communicators for an advertising agency, and turn out to be, indeed, totally unable to express themselves and comprehend each other in the private sphere. The painful paradox of the experience’s incommunicability is amplified by a rewind trick; therefore, the normal flow of narration is halted in stops and starts in order to show again how the accident occurred, and each time the perspective of a different member of the family is adopted, thus revealing their phase shift in respect to the previously explored points of view.

The estrangement effect that this device produces is reflected in the management of the performers whose acting, by rejecting dramatization in favor of understatement, turns out to be extremely restrained, even in the most critical situations, leaving the task of filling up the empty spaces created by this expressive ambiguity to the viewer. By doing so, Trocker overturns the representation of the relationship crisis à la Marriage Story (2019, Noah Baumbach) to work on a hidden level that plays on atmospheres and tones: the big arguments, the yelling and the tears give way to an unspoken conflict that never finds a verbal formulation, taking shape instead through mistrust and detachment. As the only Italian movie in the World Cinema Dramatic Competition at Sundance 2021, where it had its world première online, the work of the South Tyrolese director is finally presented in theatres in the Out-of-Competition section at TFF39, also thanks to the support of TorinoFilmLab, an international laboratory which is involved in sustaining emerging talents and that, with the ScriptLab project, supported the author throughout the writing process.