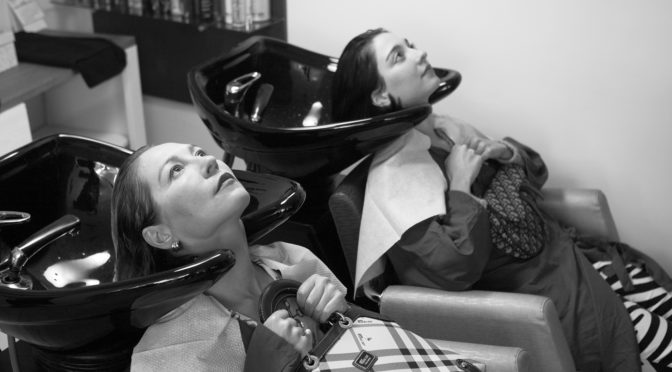 Multidisciplinary artist Amalia Ulman debuted in competition at TTF 39 with her first feature film “El planeta”, already presented at the 2021 Sundance Festival. The micro-budget and a small crew of five make this debut an experiment that evokes the independent American cinema of the 1990s.

The film, inspired by a true story of a scammer mother and daughter, called Las Falsas Ricas, finds its power in the close mother-daughter relationship between Maria Rendueles (Ale Ulman, actual mother of the director) and Leonor Jimenez (Amalia Ulman). On the edge of eviction, the two women live above their means in a small port town in Asturias, Gijón – where Ulman herself lived in her teenage years.

Leo is a young unemployed fashion designer; she studied in London and finds herself in her hometown after the death of her father; Maria is a housewife who has never worked and who spends her time writing and indelibly fixing the names of her enemies on cards.  The entire film focuses on these two bizarre figures, on the interactions between them and with other characters that orbit around this family planet reduced to bone. Relationships and meetings are cold, stripped of human warmth and end up becoming almost transactions, business: emblematic scene among all is the meeting in a cafe between Leo and a middle-aged man (the director Nacho Vigalondo, during which the girl finds herself thinking «if it is worth doing a blow job for a book» and negotiating her sexuality as a bargaining chip.

The permeability between the two levels, the one of fictional movie and the one autobiographical, is inevitable and precious: the degree of authentic intimacy between the two women maintains a high sense of credibility that permeates the whole film. Even in the relationship with the city, a level of familiarity is felt, allowing the director to have a clear and disenchanted image of the Spanish town in crisis. Perhaps thanks to the black and white of Carlos Rigo Bellver, in Gijon the buildings are all similar in their anonymity, the shops are closed and almost everywhere there is a sense of desolation literally transposed in the redundant sales ads. Everything is uniform – condos, boutiques, warehouses of junk and skies. In such a flat homogeneity, the two women catalyze their attention and shout their own personal complexity through zebra furs and suits: Maria and Leo, in a situation of global economic crisis, claim the right to desire and not to succumb. A glossy photograph that, through black and white, dampens the most dazzling glamour, helping to give a scathing and shaggy tone to a narrative that never abandons itself to melodrama but remains wittily on a limen between disenchantment and lightness.