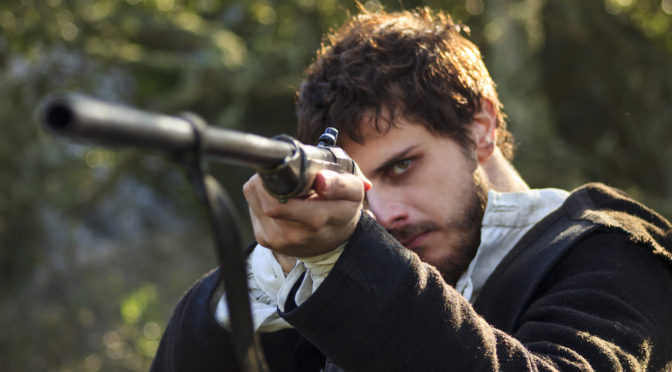 Inspired by true events narrated in the homonymous novel by Enrico Costa of 1884, Il muto di Gallura is the only Italian feature film in competition at TFF 39. In mid-nineteenth-century Sardinia, a feud broke out between two Gallura families, triggering a conflict that lasts for several years, through a chain of reciprocal wrongs. In the name of the ancient and sacred law of retaliation, 70 people are killed, many by the hand of a deaf-mute boy, Bastiano Tarsu.

Ever since he was a child, Bastiano was marginalized because of his condition and unable to express himself. He was always on the sidelines, staying away, observing others. When the feud begins, he becomes the most feared killer of all, thanks to his ability with the rifle. As an outcast of society, Bastiano is almost forced to become the devil that people have always seen in him. Thanks to Bastiano’s point of view, we enter the woods of Gallura and the meanders of an unknown story from which it is easy to be dragged and involved. The boy is mute but not uncommunicative and despite the lack of ability to express himself through words, the moods he goes through appear very clear. Due to his condition, Bastiano is seen as the son of the devil, as a bringer of disasters and misfortunes, which is why people keep him at a distance. This misunderstood nature of him is expressed by his gaze, which in some circumstances seems to be absent, just like his voice. He is a cold and ferocious murderer on the one hand, an insecure and kind boy on the other. The protagonist turns out to be an extremely interesting character to discover and understand.

The choice of having the film act in Sardinian dialect, makes it difficult for the spectators to understand the dialogues of the characters, just as it is difficult for them to understand Bastiano. It is a risky but very successful choice. It allows the viewers to immerse themselves even more in the reality and story that Fresi has chosen as the subject for his first work, capable of mixing the Shakespearean drama with the Mediterranean western.