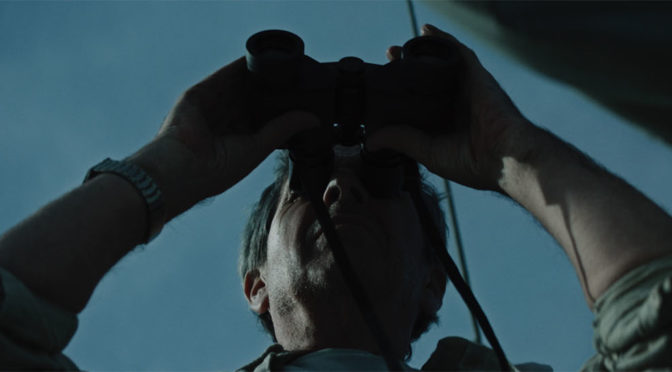 The boat trip of a father with his two daughters will soon become a nightmare. This is the simple premise on which is built Inmersión, the debut feature film of Chilean director Nicolás Postiglione that investigates what’s underneath its characters. «It’s a shame that no one comes here anymore» comments the father, while observing with nostalgia the places where he grew up, now apparently deserted. And yet, the unstable balance of the three protagonists is definitely destroyed by the encounter with some castaways who, after being welcomed aboard, start to make the father seriously fear for his and his daughters’ lives.

Inmersión is a visual essay on fear, and on how we face it. A continuous feeling of threat permeates every aspect of the story, despite the bucolic dimension in which the characters seem to be immersed. Alfredo Castro (an actor who played leading roles in several films of one of the most popular Chilean directors, Pablo Larraín), gives a convincing performance as the father, dull and biased towards the newcomers: he is convinced that they want to take possession of his future (his daughters), and he especially can’t tolerate their desire to destroy his past by camping in the places where he grew up and using his old family house in front of the lake as their den. The generational gap prevents him from finding the right compromise with his daughters; convinced of the newcomers’ good faith, the two girls don’t accept what they believe to be only prejudices by their father, who stubbornly insists on his convictions. Fear, forced cohabitation and suspicion will drag the protagonists deeper and deeper, immerging them in their innermost nightmares. The following dawn will bring a terrible sense of loss and a defintive lesson.

The film plays with mastery on some gender clichés thanks to Paulo Gallo’s soundtrack, which is intense and disorieting, and to Sergio Armstrong’s excellent cinematography (Ema, Pablo Larraín, 2020) that, with darker and darker colours, distributes new balances inside the visual geometry of the film. If Inmersión can appear as a classic thriller in its formal construction, in its deepest identity it presents itself as a consideration on the prejudices that hinder the possibility of having an honest encounter with other people. Going beyond gender lines by looking towards the unknown is the key element shared by the entire Le stanze di Rol section: Inmersión shares this ambition completely, and comes to a conclusion that doesn’t leave room for Manicheism: we are all on the same boat.