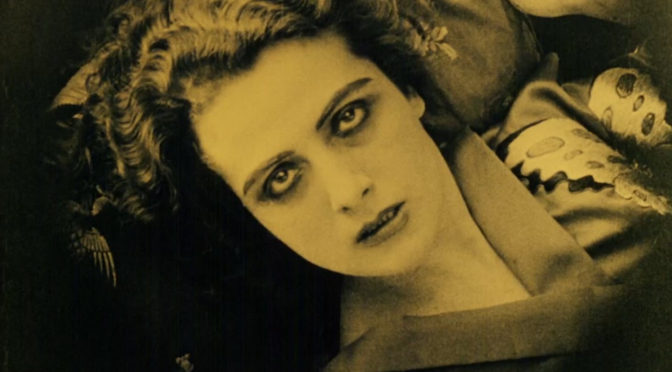 Italia, il fuoco e la cenere is a poetic and oneiric journey through the divas, ghosts, lights, and shadows of Italian silent cinema. It explores its most material essence, it brings its lantern closer to the flesh, the bodies, the bare shoulders in the half-light, the penetrating gazes, the feverish convulsions of the divas. The erotic component is central: cinema made the prudes tremble, in the darkened rooms it allowed women and men to blend. The cinematic exploration becomes a historical exploration and paints the reality of a country in constant transformation, from the pompous and resplendent scenes to the decadence and abyss of fascism that are inexorably approaching.

Olivier Bohler and Céline Gailleurd, French directors in love with Italy, have discovered a side of Italian cinema that they did not know. “For us, for France, Italian cinema began with Roma città aperta, with Neorealism,” comments Céline Gailleurd. “It was Il Cinema Ritrovato festival that sparked our curiosity, and when the National Cinema Museum opened its doors to us, a whole world opened up.” Impressed by the excellent work of preservation, they began their meticulous research, dealing with the material, with the scent that those boxes gave off. In front of hundreds of hours of footage, they pushed themselves to find the perfect frame. The films, so fragile, symbolise the fragility of the memory imprinted on the screen, we see the signs of time and the perforated bands.

Thanks to a careful choice of texts, Italia, il fuoco e la cenere gives voice to those who created and saw those films, from prominent personalities to unknown people: it is the newborn cinema that reflects on itself. The narrators Isabella Rossellini (for the Italian version) and Fanny Ardant (for the French version) were chosen by the directors against common opinion: “In France it is the male voices that narrate documentaries, they told us that a male narrator would give our film a more intellectual tone. This is not the case for us. Silent cinema was a man’s world, the criticism of the time was in the men’s hands, our film had to be narrated by two women,” explains Gailleurd. “They have been two completely different pleasures, two generous people eager to share their emotions”, adds Olivier Bohler. “During the health emergency we were in Paris, Isabella Rossellini was in New York. We sent her the movies and she was enthusiastic, she even showed them to her friends. Fanny Ardant, on the other hand, was fascinated by the Italian critics’ texts, through her husband François Truffaut she had mainly loved the French ones’.

Composer Lorenzo Esposito Fornasari was able to create the perfect balance between the strict silence of silent cinema and the need to express the frenzy of the scenes in music. Italia, il fuoco e la cenere is an open casket on the inestimable heritage of Italian silent cinema, a tribute to Italy which, coming from two French directors, becomes a symbol of European identity and culture.