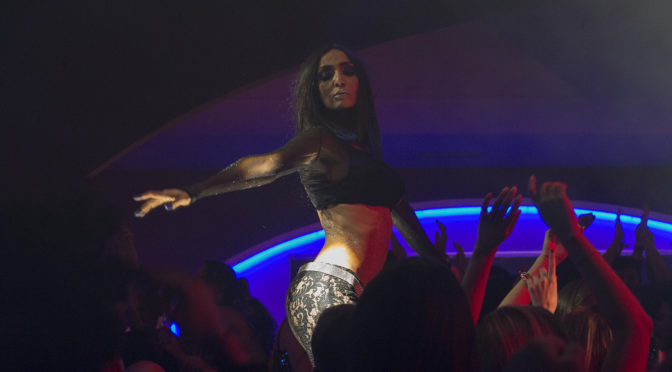 In Potenza, during the night of the winter solstice – the longest night of the year – a woman is dissatisfied with her job, three boys are trying to escape adulthood, a corrupt politician is attempting to achieve some sort of salvation, and the heart of a young boy gets broken. These are the stories that Simone Aleandri’s film, out of competition at the Turin Film Festival, weaves together; stories of characters in crisis, unstable, different stories that converge, however, in the same place: a gas station, the place where the film begins.

The figure who stitches all the stories together is the owner of the gas station, the one who ends up taking care – as best as he can – of these sleepwalking and lost souls, who cannot find their place in the world, who shows us a fragile and at the same time fighting humanity, driven by the urge to go on despite everything, thrown at the mercy of us viewers in the most vulnerable moment of all: the night.

The film is built on a perfect game of joints, all thanks to an editing job that leads us from one story to another in a fluid way. The transition from one story to another is not only made possible by the recurring character of the gas station owner, but also by the atmosphere that envelops the stories: a Christmas melancholy conveyed by the constant presence of small nativity scenes and Christmas lights that flicker on and off, combined with the buzz of the televisions that are always on, which at times the camera frames directly. When this happens, the voices inside them become clearer and we see some well-known characters from primetime Rai programs, who give back a precise sense of Italianness. Other elements make their appearance in the stories, tying them together: the cold of the night that torments the protagonists and the color blue – a color that pervades above all the character of Luce (Ambra Angiolini) – which conveys all the intense feelings of the other protagonists. Anger, disappointment, fatigue, insecurity, despair, all converge in the unhappiness that Luce carries with her, a continuous sorrow, an open wound that cannot heal, something she knows she will have to continue to live with.

The night, however, does not last forever: the arrival of the first light of dawn takes away the night’s stories, forcing Aleandri’s characters to compare the continuation of their lives. And, even if they can’t go on, they try to.