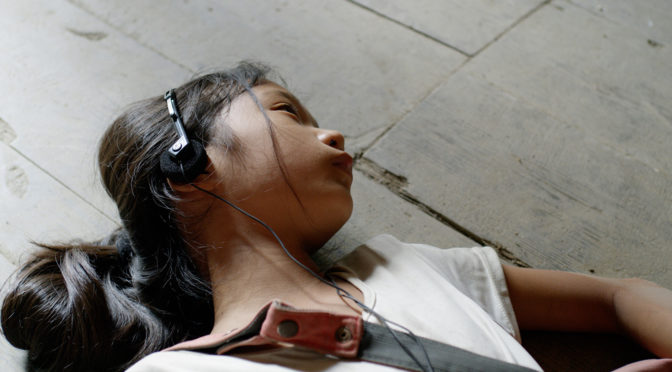 On his cinematographic debut, Qi Rui proposes in the Contest section Torino 39 the touching story of Zhang Jixiang (Li Yingchun), a twelve-year-old girl running from an oppressive and suffocating world. The main character lives in an extremely poor little town in the Chinese mountains, when, one day, she becomes her classmates’ target as she is falsely accused of stealing.

Tormented by the kids and misunderstood by the adults, Zhang decides to go live with his father, who emigrated to Shenzhen. Two friends of her join her on this trip, and with them, she shares a life marked by the absence of their parents, the anguish that comes with the fear that they have forgotten their daughters and the despair for lack of the warmth and protection that only family can grant. After all, the other adult figures in the film turn out to be unsuitable to take care of the three girls, not only due to the generational gap, but also for the lack of empathy.

After facing several challenges, Zhang is able to gather enough money to go on the expensive trip that would take her to the city, but an unexpected event destroys forever her hope of seeing her father again. The girls are forced to confront a world that is bitter and full of dangers to which they respond by taking care of one another. Yet, it is not enough: living their teenage years with carefreeness while also being more adult than what their age requires is an overwhelming challenge.

The director portrays this world in a simple and essential way, choosing natural light and handheld camera that are element typical of the documentary style. Above all, he puts a lot of attention to nature, with continuous details of flowers and bugs, which are cyclically shown as if they were some sort of punctuation, or with the various stories, like the one of Zhang’s aunt who, feeling like she had an insect on her stomach, eats an oleander and dies. Death permeates the whole film, returning as a constant of nature as well as in the girls’ conversations, who look at it as both the arrival to a better place and a sort of panacea, a solution to any problem.

In his first feature-film, Ru is able to let resurface that sensation of disorientation typical of children losing sight of their parents, characterised by the anxiety and the terror of having lost forever a shelter in a moment of extreme vulnerability. The physical and visceral need to find certainty that is what pushes the girls to dive into the pond and to find their own solution to the concerns and the existential disorientation that they are forced to face so early on in their life.