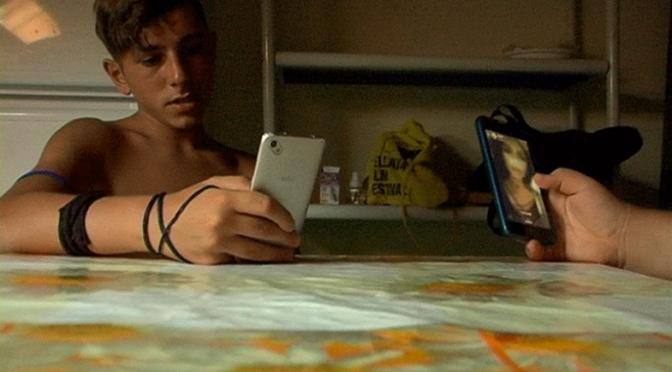 Naples-based street art duo Cyop&Kaf are back in theatres with a new documentary, following their 2013 critically acclaimed The Secret (2013), which was presented during Torino Film Festival’s 31st edition. Their new film, Yeast, is the result of a twenty-year-old reflection. Using their camera to follow a summer camp, a theatre laboratory inside of a museum and a judo dojo, the two directors wonder about educational practices, starting from the level of the student-teacher relationship.

The film distances itself from the streets of Naples – which were the protagonists of the directors’ previous movie – and from schools and families to consciously take a different route. An intermediate space made up of generous teachers who have always chosen different educational methods, all based upon the idea of relationship. A relationship between a young person and an adult which is never an imposition, it is always an exchange, a reciprocal process of learning, a dedication which leads to a role-swap, with the student becoming the teacher, a guide, almost.

This same patient dedication is the measure by which the directors decide to approach the subject. Observing silently and religiously, they approach their multiple protagonists, outlining their gazes and their bodies, immersing themselves in the darkness and in the lights at their own pace. However, they still have a voice and their presence does not go unnoticed. It is instead intercepted by eyes which cross the objective and it is questioned as an integral part of the formation process. They form a personal relationship with their subjects who, apart from having to deal with a growth process, put their trust into the hands of the artists, thus accepting to be represented in this precious flux.

Yeast is a mosaic of the stories of young people coming from various social backgrounds and experiences. The things they have in common are a city as peculiar as Naples and the fact that they have met with realities rooted in a past which is unfortunately more glorious than the present, in Naples and in other places alike. This is exactly what contributes to the bitterness of the documentary. Cyop&kaf, with their eyes enclosed by a 4:3 aspect ratio, decide to leave out all the rest: the frame, the social resonance, the aftermath, the change, the doubts, the future projects, tacitly implying that the word that hovers silently around is “failure”. Failure, just like those experiences which try to go against an institutionalized way of teaching, which fails to recognize that relationships, exchanges and theatre are the real origins of change, the real origins of the “rise” of young people, especially of those who least hope of having a chance.

However, the archive materials accompanying the film remind us that teachers have always existed and will always exist, and they invite us to remember that education and cinema are both a necessity and a political action.